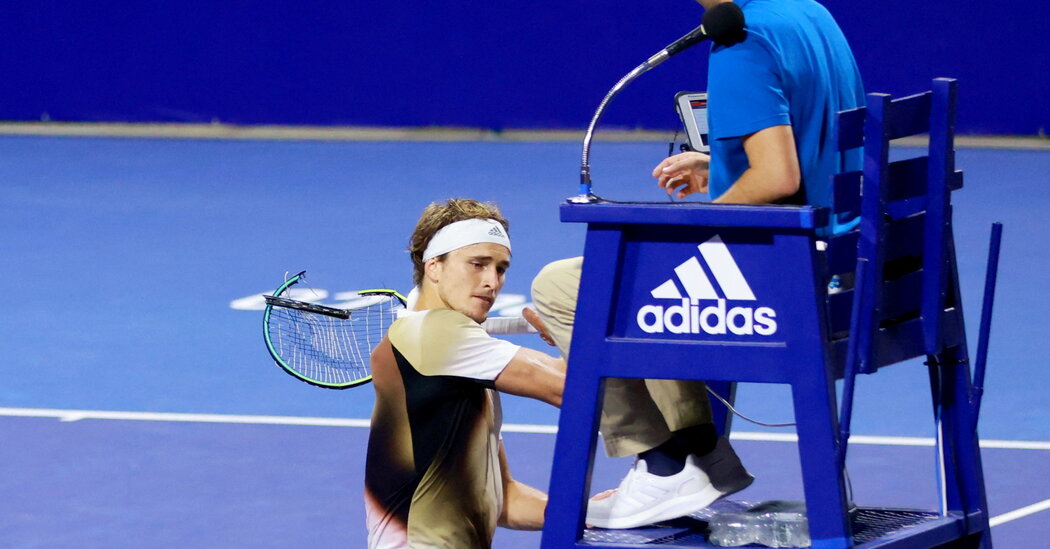 Monday’s soft punishment of Zverev likely did little to change her view, but its relevant to remember that Williams also avoided suspension in 2009 after a profanity-filled tirade against a lineswoman during her U.S. Open semifinal loss to Kim Clijsters. Williams, despite threatening to shove the ball down the official’s throat, was fined $82,500 and placed on probation for two years.

Zverev, ranked No. 3, already has competed since the incident in Acapulco, representing Germany in a Davis Cup match in Brazil last week. The Germans won, but Zverev complained afterward that the crowd had crossed a line by directing personal abuse at his family and support team.

Sharypova, a Russian player, has not brought formal charges against Zverev since her accusations of domestic abuse were first reported by Racquet Magazine in November 2020. He has denied abusing her, and the ATP did not announce its investigation until nearly a year later. The inquiry is, according to ATP officials, being conducted by an outside party.

It has been a tense time for quite some time for Zverev, but he has managed to produce some brilliant tennis: He won the gold medal in singles at last year’s Summer Olympics, pushed Novak Djokovic to five sets in the semifinals of the 2021 U.S. Open and then defeated Djokovic and Medvedev to win the prestigious season-ending ATP Finals in Turin, Italy, in November.

But this season has not begun auspiciously for a player who has yet to win a Grand Slam tournament singles title. One of the big favorites at the Australian Open, he was upset in the fourth round by Shapovalov in three error-strewn sets, demolishing a racket in frustration in the second.

Then came Acapulco and a much more serious failure to control his temper. It should have cost him more than a default, a middling fine and probation, but the ATP has missed the opportunity to send the right message to its public, to its players and — above all — to its officials.

“Umpires need to be protected in their workplace,” Ings said. “Player abuse of officials is growing based on recent incidents, and this soft sanction will do nothing to deter future misconduct.”