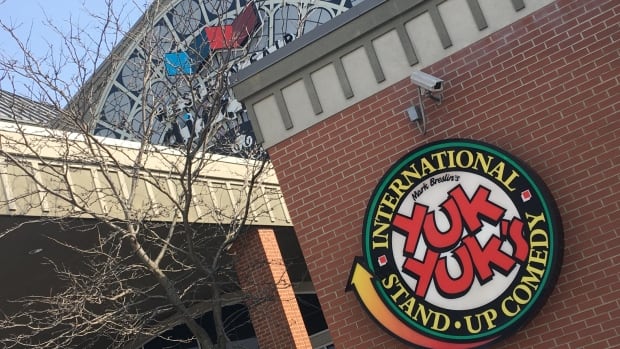 It’s no joke that Yuk Yuk’s comedy club in London, Ont. is packing up from its current location in the Western Fair District. But the founder of the standup club says the show will go on in a new location in the city.

Mark Breslin, founder and CEO of Yuk Yuk’s, confirmed Friday that the business will move from the room it rents upstairs from the casino, likely at the end of the month.

“The Western Fair has told us that they want to re-purpose that room to reflect more of a casino reality rather than an entertainment value venue. So as a result, we had to start looking for a replacement venue,” Breslin said.

The club has found one, and Breslin says audiences will like it, but details are still being worked out.

“This is not the weirdest thing that could happen because people are coming for the show. So as long as the venue is good, people will come,” Breslin said.

“If it works out, as I think it will, people will really like the new venue.”

Yuk Yuk’s has relocated three other times in London since it first opened more than 30 years ago. The comedy club currently has 11 locations from Vancouver to Halifax, with four having to shutter due to pandemic pressures.

CBC News has reached out to the Western Fair District for comment about what type of venue will replace the comedy club. Spokesperson Greg Blanchard could not confirm any details.

Breslin said it is possible that Yuk Yuk’s could continue running shows out of the Western Fair location on a month-to-month basis. He anticipates anticipates being able to tell comedy lovers where the new venue will be “soon”.