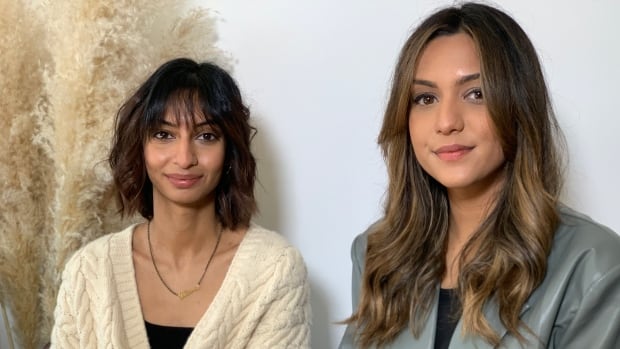 When sisters Bunny and Taran Ghatrora launched their company Blume in 2018, they were using homemade labels and packing boxes from their parents’ basement in Surrey, B.C. Four years later, they’re selling their products at major retailers like Sephora.

But as young women of colour, they found that the path to building a business was littered with roadblocks. “Growing up, we never saw people who looked like us running companies,” said Bunny Ghatrora.

When it came time to pitch their business idea — clean skincare and menstrual products targeted to Gen Z — finding an audience of investors who could relate proved tricky.

“Often, these personal care companies were run by men who didn’t have a tie to the product the same way we do,” Ghatrora said.

Though Blume eventually found a number of investors, the Ghatrora sisters aren’t alone when it comes to facing obstacles related to gender while building a business — and some women with the means to change that are taking notice and making moves.

It’s still mostly men deciding who gets funding for startups.

According to a study by Deloitte looking at diversity and inclusion in the venture capitalist industry, just 14 per cent of investment professionals in venture capital in the U.S. are women. And while billions of dollars in global venture capital funds were doled out in 2020, female founders received just 2.3 per cent of the pot, according to Crunchbase, which tracks data about the tech industry.

A big reason for the funding gap are the various biases women face when they go into pitch meetings with venture capitalists, according to Kim de Laat, a postdoctoral research fellow in the Department of Sociology at Brock University.

As part of her studies into how women entrepreneurs are funded, de Laat spoke with a number of women who shared their experiences, including one who said a venture capitalist told her “she looked like she might be getting married soon and be popping out a couple of kids,” and he wasn’t interested in investing in a mompreneur.

“So there are these kinds of very egregious, explicit forms of discrimination that continue to happen to women in these spaces,” de Laat said.

The study found that during TechCrunch Disrupt New York, an annual startup funding competition, venture capitalists asked entrepreneurs different questions depending on their gender. When it came to questions about a potential customer base, for example, the study noted that men were asked how they would acquire customers, while women were asked how they would retain them.

De Laat says those types of questions are “not necessarily explicit discrimination, but it’s nevertheless something that that prevents [women entrepreneurs] from receiving the same level of care and consideration that that other folks might be getting.”

In Canada, some high-profile women from the country’s tech sector are trying to close the funding gap.

A group of 10 women who have held senior roles at Canadian e-commerce company Shopify launched a collective called Backbone Angels in 2021.

The collective of angel investors — people who uses their own money to fund startups at the early stages of the business — decided to fund businesses started by women and non-binary founders, with a focus on companies led by individuals who are Black, Indigenous and people of colour (BIPOC).

Co-founder Arati Sharma says the group came together when they saw that their male colleagues were making angel investments at much higher rates than they were.

“We felt the biggest impact we could make was to invest in women entrepreneurs really early on,” Sharma said.

Many women who want to start businesses have told Sharma they don’t have enough money saved, but she says collectives like hers are an option, and she wants women to know the money is out there.

And the collective isn’t just investing money — she says they can also offer business or financial advice and moral support.

“Beyond just the check, Backbone is, how can we bring our individual expertise to this entrepreneur?”

Sharma and Backbone Angels invested in 42 companies last year — one of them was Blume.

Another was called Koble, an evidence-based health-care app for pregnant people and new parents. When Koble CEO Swati Matta went to pitch investors, she faced some challenges.

“[It] was really hard to explain and get buy-in from investors who are mainly male … and as a first-time founder, you’re high risk for [venture capitalists.] It’s a general reality. And as such, when you bring these two together, that’s when the funding starts to get tough.”

“Collectives are helpful because they’re willing to take that risk early on to help move the needle.”

Other female-focused investor collectives and funds such as The51 and StandupVentures are also making waves in Canada’s venture capital scene, so there are growing opportunities for women to access funding.

Sharma says this is just the beginning.

With more funding for women, there will be more opportunities for entrepreneurs like Ghatrora, a prospect she finds exciting.

“It’s really creating the next generation of companies that are going to be the ones that we all refer to on a daily basis and become those household names.”