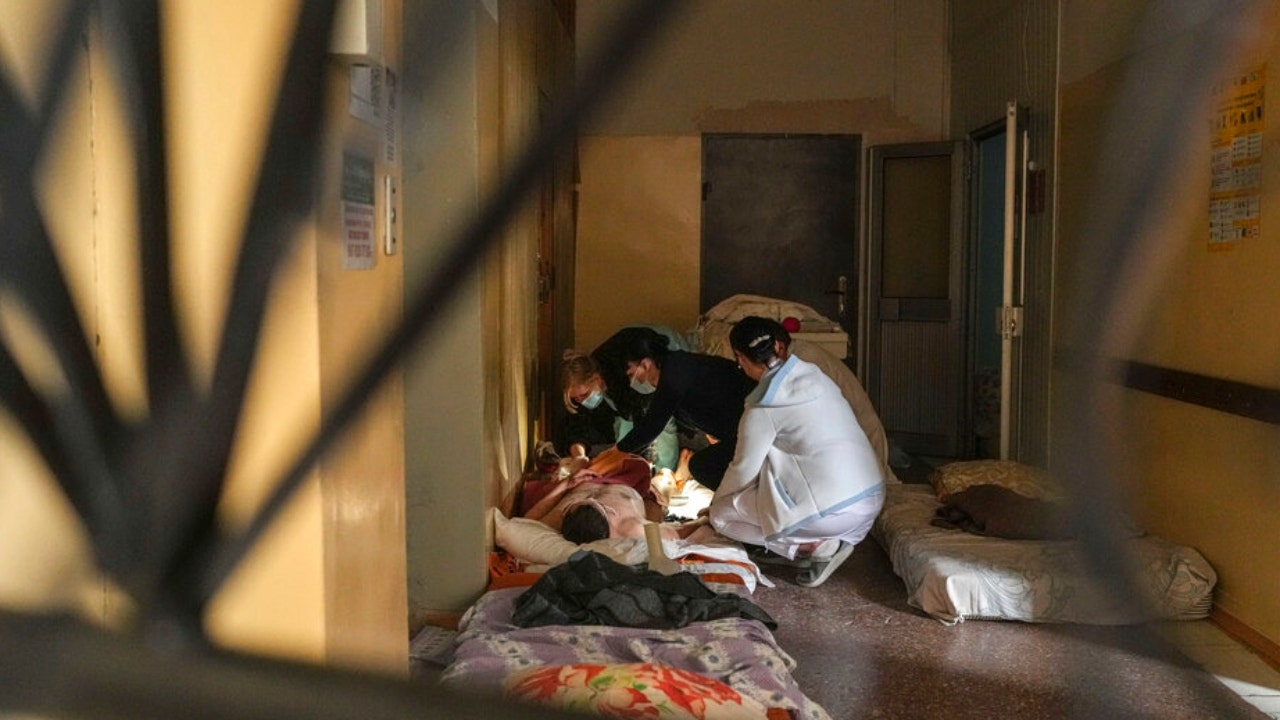 The World Health Organization (WHO) and the United Nations (U.N.) are warning that medical facilities in Ukraine have been stretched to a breaking point.

According to the U.N., Russian missile attacks on health care facilities, workers and patients had killed 12 people and injured 34 as of Tuesday. More attacks are being verified.

Roughly 18 million people in Ukraine are believed to have been impacted by the war, including 6.7 million who are internally displaced.

“Supply chains have been severely disrupted. Many distributors are not operational, some stockpiles are inaccessible due to military operations, medicine supplies are running low and hospitals are struggling to provide care to the sick and wounded,” the WHO said in a statement.

The agency said it is working with partners and the Ukrainian authorities to coordinate the provision of humanitarian health assistance, including trauma and emergency surgery kits, ventilators and medication.

In addition, the U.N. noted that a key priority of the relief effort is to provide support to the health care systems of neighboring countries taking in refugees.

However, in Ukraine cities, the situation has become “more precarious by the day,” and U.N. Secretary-General António Guterres called on Monday for humanitarian law to be respected in Ukraine.

ZELENSKYY ISSUES DIRECT MESSAGE TO BIDEN IN ADDRESS TO CONGRESS: ‘BE THE LEADER OF PEACE’

In the city of Mariupol, the International Committee of the Red Cross (ICRC) said Sunday that basic necessities like food, water and medicine have been almost exhausted. Guterres said the UN and humanitarian partners are working to ensure passage from besieged areas and provide aid, where security permits.

The U.N. also highlighted the ongoing nuclear safety fears ,and the IAEA said  electricity had been restored to the site of the defunct Chernobyl nuclear reactor.

The U.N. atomic energy agency noted, however, that Ukrainian technicians at the Zaporizhzhya nuclear power plant had been joined by Russian representatives, contravening safety directives. The plant has been under Russian control since March 4.

The secretary-general also announced that the U.N. will allocate $40 million from the Central Emergency Response Fund (CERF) in order to “ramp up vital assistance to reach the most vulnerable.”

A $20 million allocation was announced in February, and the United Nations High Commissioner for Refugees has asked for $510 million in donations to provide initial emergency assistance to those who have been displaced.

In a joint statement, the WHO, UNICEF and the UNFPA called for the immediate cessation of all attacks on health care in Ukraine – including acts of “unconscionable cruelty” – and an immediate ceasefire.

“The health care system in Ukraine is clearly under significant strain, and its collapse would be a catastrophe. Every effort must be made to prevent this from happening,” the groups wrote. “International humanitarian and human rights law must be upheld, and the protection of civilians must be our top priority.”

The organizations said that a “peaceful resolution” to end the war in Ukraine is possible.