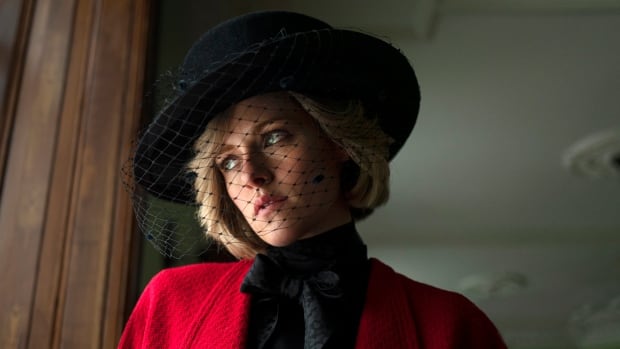 With the 94th Academy Awards only three weeks away, on March 27, now’s the time to sit down and watch the raft of movies — from more intimate art films to blockbusters — gathering buzz.

While some of these movies are still available to watch in theatres, many can be found online. To help, CBC has compiled a list of some of the biggest nominees and where you can stream or rent them in Canada.

Belfast is a semi-autobiographical film written and directed by Kenneth Branagh, nominated for best picture, directing, original screenplay and three other categories. The coming-of-age drama follows a boy’s life in Belfast, at the beginning of the Troubles in 1969. It is available from both Amazon Prime and Apple TV for $24.99 to purchase and $6.99 to rent.

Available to stream on AppleTV+.

Written, produced and directed by Adam McKay, Don’t Look Up is an apocalyptic satire featuring some of the biggest names in Hollywood. The film, with four Oscar nominations, is about global indifference in the face of a world-ending comet. It stars Leonardo DiCaprio, Jennifer Lawrence, Timothée Chalamet, Meryl Streep and Cate Blanchett.

Available to rent on Apple TV.

One of the best-reviewed films of last year, Drive My Car is a drama co-written and directed by Ryusuke Hamaguchi. It follows Yūsuke Kafuku, a theatre director who recently lost his wife and ends up becoming close to the young woman hired to be his chauffeur. The film received four nominations, including best picture — Japan’s first nomination in this category. It is available for rent on Apple TV for $7.99.

Dune, the first of a two-part adaptation of the 1965 sci-fi novel by Frank Herbert, was directed by Canadian Denis Villeneuve. The film has scored 10 Oscar nominations, including best picture, making it the second-most nominated movie in this year’s Oscars. The cheapest sources for this movie are Amazon Prime and Apple TV, where it is available to buy for $9.99 or rent for $2.99.

Will Smith’s nomination for best actor and Aunjanue Ellis’s for best supporting actress were among the film’s five Oscar nominations. King Richard is a biographical drama about Richard Williams, the father and coach of famous tennis players Serena and Venus Williams. It’s available to rent for $6.99 or to buy for $12.99 on multiple streaming platforms.

Paul Thomas Anderson’s Licorice Pizza received three Oscar nominations: best picture, best director and best original screenplay. The coming-of-age film set in the 1970s can be purchased for $24.99 from Apple TV, YouTube and Amazon Prime and for $26.99 from Cineplex.

Available in select theatres, not yet available for streaming.

Nightmare Alley, the second film adaptation of the 1946 novel of the same name by William Lindsay Gresham, is directed by Guillermo del Toro, who has previously won best picture and best director Oscars. Along with nominations for best director and best cinematography, three Canadians who worked on the film were also nominated: costume designer Luis Sequeira, production designer Tamara Deverell and set decorator Shane Vieau. It’s not yet available for streaming in Canada.

The Power of the Dog

Starring Benedict Cumberbatch, Kirsten Dunst, Jesse Plemons and Kodi Smit-McPhee, The Power of the Dog is the front-runner at this year’s Academy Awards with 12 nominations. The psychological drama is available to stream on Netflix.

Available for streaming on Disney+.

The second feature film adaptation of West Side Story received seven nominations at this year’s Oscars, including for best picture, director and supporting actress. It was directed and co-produced by Steven Spielberg. Inspired by Shakespeare’s Romeo and Juliet, it premiered first as a Broadway musical in 1957, before making its way to Hollywood in 1961.

The Tragedy of Macbeth

Available to stream on AppleTV+.

This Shakespeare adaptation earned nominations for production design, cinematography and a best actor nod for Denzel Washington — his 10th career nomination. Directed by Joel Coen, The Tragedy of Macbeth is available to stream on AppleTV+.

In what has been called a star turn for Kristen Stewart, Spencer delves into the difficulties Princess Diana faced as a member of Britain’s Royal Family before her tragic death in 1997. The film, which garnered a best actress nomination for Stewart, is available to rent or buy from multiple sources. The cheapest options are from Apple TV, where it can be purchased for $9.99 and rented for $2.99.

Tick, Tick … Boom! is a biographical musical drama directed by Lin-Manuel Miranda that stars Andrew Garfield as an aspiring composer in New York City. Garfield won critical acclaim for his performance, landing him a best actor nomination. The film was also nominated for best film editing.

The Worst Person in the World

Available in select theatres, not yet available for streaming.

The Worst Person in the World is the third instalment in Joachim Trier’s Oslo Trilogy, following 2006’s Reprise and 2011’s Oslo, August 31st. It’s received Oscar nominations for best international feature film and best original screenplay. While select theatres began showing the film on Feb. 11 — including the TIFF Bell Lightbox in Toronto, it’s not yet available to stream in Canada.

The animated documentary Flee shares the life of Amin Nawabi, the fictional name of a refugee from Afghanistan living in Denmark. Nominated for best animated feature, best documentary feature and best international feature film, it is available on multiple streaming platforms to rent for $4.99 or buy for $12.99.

The Hand of God

The Hand of God by Italian director Paolo Sorrentino — who received the Oscar for best foreign language film in 2014 for The Great Beauty — was nominated for best international feature film. It’s largely based on Sorrentino’s life, with some fictional fragments. The film is available to stream on Netflix.

Available to stream on Disney+.

Encanto is a Disney animated movie about a family, the Madrigals, living in a magical house that gives each family member, except Mirabel, unique powers used to protect their town in Colombia. The animation’s soundtrack spent seven weeks in first place on the Billboard 200, while the hit song We Don’t Talk About Bruno has been in first place for five weeks. The movie received three Oscar nominations: best animated feature, best original score and best song.

Available to stream on Disney+.

Luca was nominated for best animated feature, one of three Disney films nominated in the category. It follows the life of a young sea monster, Luca, who assumes the form of a young boy.

The Eyes of Tammy Faye

This Andrew Garfield and Jessica Chastain-led biopic follows the life of TV evangelist Tammy Faye Messner and her work with televangelist and husband Jim Bakker. The film, which earned a best actress nomination for Chastain, is available to purchase on numerous streaming sites for $19.99. Cineplex currently has the cheapest rental price at $4.99.

Lead Me Home is a documentary directed by Pedro Kos and Jon Shenk about the current homelessness crisis in California. The film received a nomination for best documentary short subject.