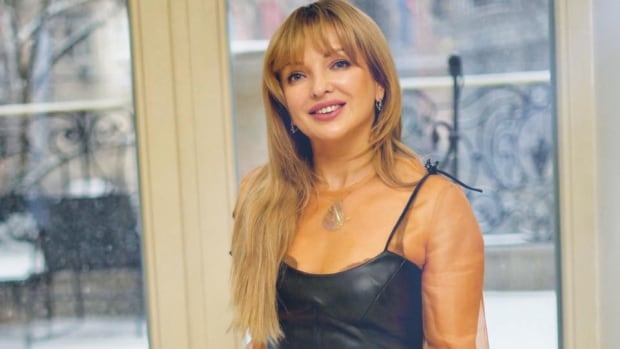 A few dresses and an extra pair of boots are among the few items Svitlana Trofymchuk had packed in a suitcase for her month-long trip from Kyiv to Toronto.

The 49-year-old Ukrainian businesswoman used to study English in Canada and was planning to visit some of the friends she made.

But Trofymchuk had no idea when she left on Feb. 16 that her city would come under attack, and that she would be unable to return safely.

“I don’t want to be [a] refugee because I hope my country will be free,” said Trofymchuk.

As the invasion of Ukraine intensifies, Trofymchuk is now in a challenging situation. She can’t return to Kyiv and continue to run her small business and she can’t work in Canada because she is on a visitor visa.

Immigration lawyers say they’ve been fielding calls and messages both from Ukrainians still inside the country and those who here who are uncertain about what to do. Earlier this month, the federal government unveiled a series of programs to help people fleeing the violence, but many specifics haven’t been released.

Trofymchuk booked an Airbnb in Toronto until March 27 — the date she was set to fly back. After that, she’s not sure what to do.

“I don’t have more money because my business is still in Kyiv,” said Trofymchuk, who ran a women’s social club in Ukraine.

“I want to work [here] but I can’t … it’s not possible to earn money and now I need to understand how I will live.”

Trofymchuk has been in touch with various groups in Toronto, who are helping her understand how to apply for a work permit.

She’s also worried about her elderly parents who live in a village in western Ukraine. Not only does she fear for their safety, she doesn’t know how she can continue to support them financially.

Last month, the federal government said it would prioritize permanent residency applications already in place for those who want to come to Canada permanently. For those wanting to come on a temporary basis, the immigration minister announced an emergency travel authorization for Ukrainians which eliminates many of the normal visa requirements for those entering the country.

The new visa category will allow an unlimited number of Ukrainians to live, work or study in Canada for up to two years.

It also says a family sponsorship program will be introduced.

Immigration lawyer Lev Abramovich says his office has been hearing from people with questions about the newly announced programs, as well as from those wondering about filing a refugee claim.

He said they’ve been advising people against seeking refugee status right now, since their hearing will likely not take place for several months, when the situation on the ground may be different.

“So it may seem somewhat contradictory, given the situation in Ukraine, but we’re actually advising people to hold off until there’s some crystallization with respect to how the situation unfolds. It’s possible that other better avenues are actually available.”

Abramovich said Immigration, Refugees and Citizenship Canada has been consulting with with the Canadian Bar Association and immigration lawyers on the programs, and said he gives credit to the department for what he called its “proactive” approach.

He said he and his team are doing their best to help get current information to those both still in Ukraine trying to flee, and those already here.

“In speaking with individuals who are affected, you can see that when people are stressed, they’re sort of operating out of desperation. And we’re trying to be mindful of that in terms of providing advice,” said Abramovich.

Abramovich and his team have created a group on the app Telegram where they share free information to hundreds of people. They’ve also created informational videos to help people make informed decisions.

“It’s been emotional, it’s been difficult, but you know, we’re just trying to help,” said Abramovich.

In a statement, IRCC said it will issue open work permits to Ukrainian visitors, workers and students who are currently in Canada and cannot safely go home.

It said work is ongoing to facilitate the emergency travel authorization program and that it will be ready for applications “as soon as possible.”

Details on the family reunification program would be announced “in the coming weeks,” it said.

Ontario’s Minister of Labour, Training and Skills Development told CBC News he’s been in daily communication with the federal immigration minister, Sean Fraser, about expediting the process of bringing refugees and allowing them to work.

Monte McNaughton said his ministry is setting up a dedicated hotline for employers and unions to call about job opportunities for Ukrainians.

“Today we have over 200 employers and labour leaders that have stepped up with over 30,000 well-paying jobs for people once they get here,” said McNaughton.

Meanwhile, Trofymchuk says she’s looking at options for what kind of work she could eventually do here. Once a fitness trainer, she’s hoping she can find work in that industry but ultimately wants to return to Ukraine when it’s safe.

“I’m not alone. I saw many Ukrainian people like me in the plane when I go to Canada,” she said. “They need to help.”