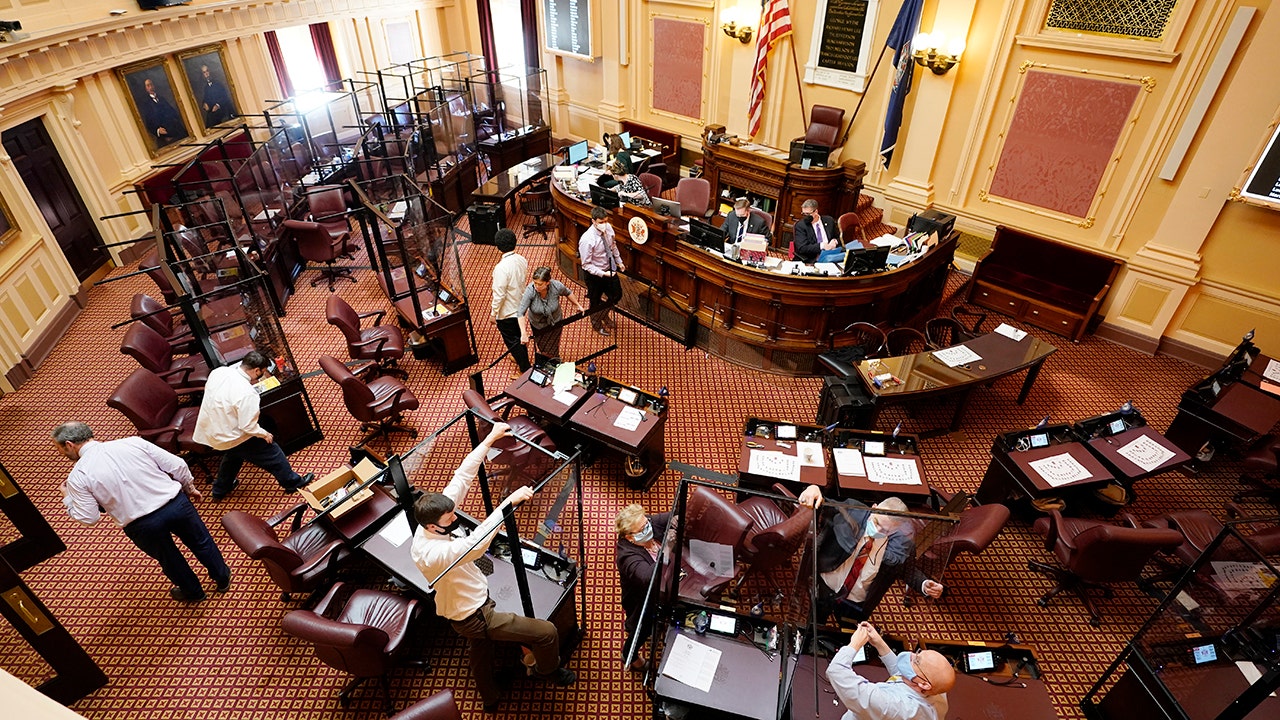 As the COVID-19 pandemic recedes, Republicans in the Virginia House of Delegates narrowly passed a bill to protect churches, synagogues, mosques, and other religious bodies from any “rule, regulation, or order” from the governor or another government agency, a move to block the government-ordered closure of houses of worship that took place during the pandemic.

Yet Democrats in the Senate General Laws and Technology Committee blocked the bill on Monday.

Delegate Wren Williams, the sponsor of H.B. 775, called the bill “vital” for closing a “loophole” that threatens religious freedom.

“During Covid, our executive branch here in Virginia used the Emergency Services and Disaster Act to shut down and severely restrict our churches, while leaving ‘essential’ liquor stores open,” Williams told Fox News Digital. “This was unconstitutional and unconscionable. Religious freedom is the bedrock of America and Virginia, and it’s at the heart of our constitution.”

Del. Mark Levine, D-Alexandria, left, presents a bill during the floor session of the Virginia House of Delegates in Richmond.
(Bob Brown/Richmond Times-Dispatch via AP)

“It’s vital that we pass this bill to close the loophole, protect our God-given constitutional rights and religious freedom, and empower our citizens to freely assemble in worship, with no more government crackdowns,” Williams added.

H.B. 775 “provides that no rule, regulation, or order issued by the Governor or other governmental entity pursuant to the Commonwealth of Virginia Emergency Services and Disaster Law of 2000 applies to the exercise of religion in a church, synagogue, or other place of worship,” according to its official summary.

“No rule, regulation, or order issued by the Governor or other governmental entity pursuant to the Emergency Services and Disaster Law (§ 44-146.13 et seq.) shall apply to the exercise of religion in a church, synagogue, or other place of worship,” the bill states.

Susan Schaar, center, clerk of the Senate, helps remove COVID barriers after the session at the Capitol on Monday, Feb. 28, 2022, in Richmond, Va. The barriers had been since last year’s special session.
(AP Photo/Steve Helber)

“As someone who has fought for religious freedom around the world my entire career, I find it appalling to see it limited here at home,” Tina Ramirez, president and executive director of the Richmond, Virginia, based human rights nonprofit Hardwired Global, told Fox News Digital.

“With such a rich history of defending religious freedom in Virginia where Thomas Jefferson wrote the historic Virginia Statute of Religious Freedom, which laid the groundwork for much of the First Amendment, it is astounding that Democrats in the Virginia Senate would try to exert such control over the freedom to worship here in the Commonwealth.”

“I say often that there is no right more fundamental than the freedom of conscience,” Ramirez added. “When our government is seeking to control whether, how, or when we can worship, it is an egregious infringement and exactly the type of thing I’m running for the Virginia Senate to fight against.”

Barker, Locke, Ebbin, Mason, Boysko, Bell, and Hashmi did not immediately respond to after-hours requests for comment on the legislation.