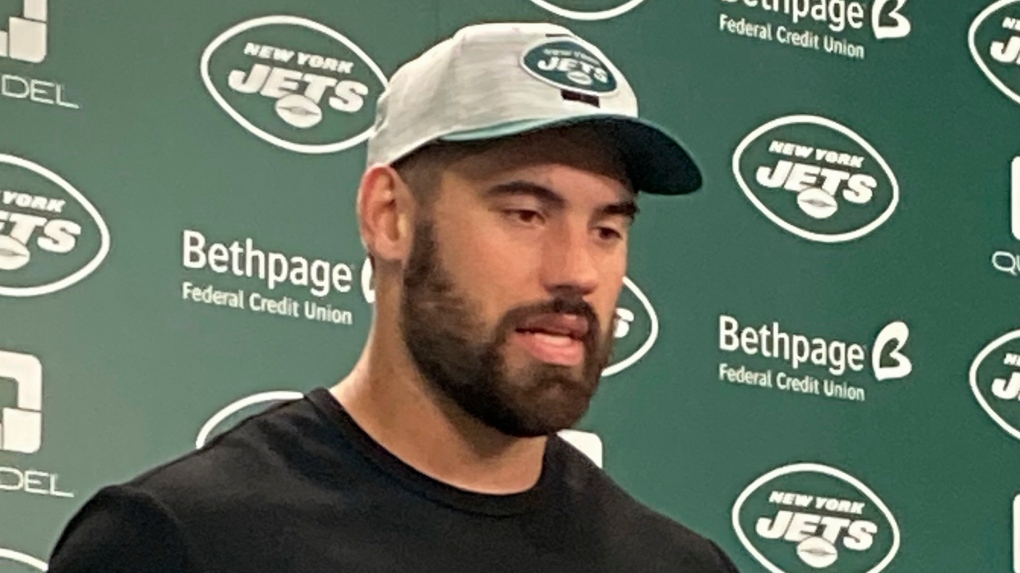 
For the first time in his NFL career, Canadian offensive lineman Laurent Duvernay-Tardif is a free agent.


The six-foot-five, 321-pound Duvernay-Tardif hit the open market Wednesday afternoon as an unrestricted free agent with the start of the new NFL year. It’s the first time since the native of Mont-Saint-Hilaire, Que., broke in with the Kansas City Chiefs in 2014 that Duvernay-Tardif hasn’t been under contract with a league club.


“It’s more a question of exploring different options, kind of seeing what’s the next step for Laurent,” said Sasha Ghavami, Duvernay-Tardif’s agent. “We’re not closing the door on anything.”


“We’re not excluding a return to the Jets at all,” Ghavami said. “Laurent had a great time with them.


“As I said, it’s more we’re just exploring all of our options.”


After opting out in 2020, Duvernay-Tardif returned to Kansas City last season expecting to battle for his starting right guard spot. But he suffered a broken hand during training camp that sidelined him for a month.


When Duvernay-Tardif returned, he was inactive as rookie Trey Smith, a 2021 sixth-round draft pick, had become the Chiefs’ starting right guard. In November, Duvernay-Tardif waived his no-trade clause, allowing Kansas City to deal him to the Jets.


At season’s end, Duvernay-Tardif told Canadian reporters he also had medical-school considerations to address this winter. In 2018, he received his doctorate in medicine and a master’s degree in surgery from McGill University and Duvernay-Tardif said medical graduates usually had four years to start their residency.


Given he graduated in May 2018, that deadline was fast approaching.


Duvernay-Tardif was already in medical school when Kansas City took him in the sixth round of the ’14 NFL draft out of McGill. He initially played football during the NFL season, then spent his off-season continuing his medical studies.


Ghavami said Duvernay-Tardif can continue with his pro football career without impacting his medical studies.


“He’s able to do that,” he said. “So it allows us to explore the market, explore free agency and kind of look at what are the options out there.”


Duvernay-Tardif became the first NFL player to opt out of the 2020 season. He left football to battle the COVID-19 pandemic working at a long-term care facility in Montreal.


Duvernay-Tardif was widely recognized for his decision to put his football career on hold. He was a co-recipient of the Lou Marsh Trophy as Canada’s top athlete and named ESPN’s Muhammad Ali Sports Humanitarian of the Year as well as one of Sports Illustrated’s 2020 Sportspersons of the year.


This report by The Canadian Press was first published March 16, 2022.