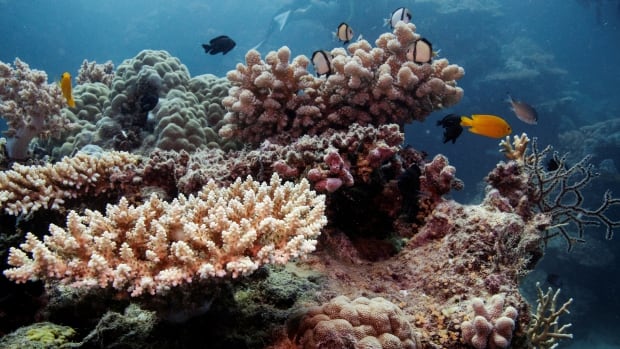 Nearly all the world’s countries kicked off a UN-backed meeting Monday aimed at preventing the loss of biodiversity — seen as critical to avoiding the extinction of many vulnerable species, the emergence of pathogens such as the coronavirus, and the damage to both lives and livelihoods of people around the world, Indigenous peoples in particular.

The two-week meeting on the Convention on Biological Diversity is being held in the Swiss city of Geneva and will be the last gathering of its kind before a major conference in Kunming, China, that will try to adopt an international agreement on protecting biodiversity.

The meeting in Geneva comes after a two-year delay due to the COVID-19 pandemic. The Kunming summit itself has been delayed several times from the original date of October 2020, and UN officials told Reuters it is likely to be delayed again beyond April 2022.

“We have this one goal, which is to bend the curve on biodiversity loss and really to build that shared future to live in harmony with nature in the long term,” the convention’s executive secretary, Elizabeth Maruma Mrema, told reporters Monday.

However, the discussions risk being overshadowed by Russia’s invasion of Ukraine as Russian and Ukrainian delegates sparred in the opening session and several other Western countries condemned Russia’s actions in their opening speeches.

“Russia’s attack on Ukraine is also an attack on the environment,” Ukraine’s deputy ambassador, Oleksandre Kapustin, said, citing the dangers of a radiation leak as well as damage to parks for endangered species during the invasion.

Russian delegate Marina Velikanova rejected those assertions as “false and irrelevant” to the work of the convention. Neither country sent a representative from their capitals due to the conflict, instead sending diplomats already in Switzerland.

Mrema conceded in her opening statement that negotiators would be “working in the shadow of a global pandemic and military conflict.” However, she called on them to “demonstrate through your actions the power of international co-operation and multilateralism.”

An intergovernmental, science-based assessment of biodiversity worldwide three years ago cited a decline of nature at unprecedented rates and an acceleration of the extinction of species — with up to a million species facing possible disappearance in the coming decades.

The U.S.-based Campaign For Nature says a major theme in Geneva will be a target to protect and conserve at least 30 percent of the world’s lands, inland waters and oceans to help stanch habitat loss, the “overexploitation” of nature by people and businesses, and the emergence of pathogens that thrive off upheaval in the environment.

Convention managers point to five drivers of biodiversity loss: Changes to the use of land and sea; unsustainable exploitation through activities like agriculture; climate change; pollution; and the spread of invasive alien species into new habitats. Indirectly, it says, unsustainable production and consumption also play a role.

Mrema said one key issue will be efforts toward repurposing and redirecting harmful subsidies — to the tune of some $500 billion US per year currently — and how “these financial flows can move away from nature-negative to biodiversity-positive outcomes.”

A draft proposal for the framework to be adopted in China would aim to require that $700 billion US would be put into sustaining or improving biodiversity. The issue of reducing pollution from plastics is also part of the draft, she said.