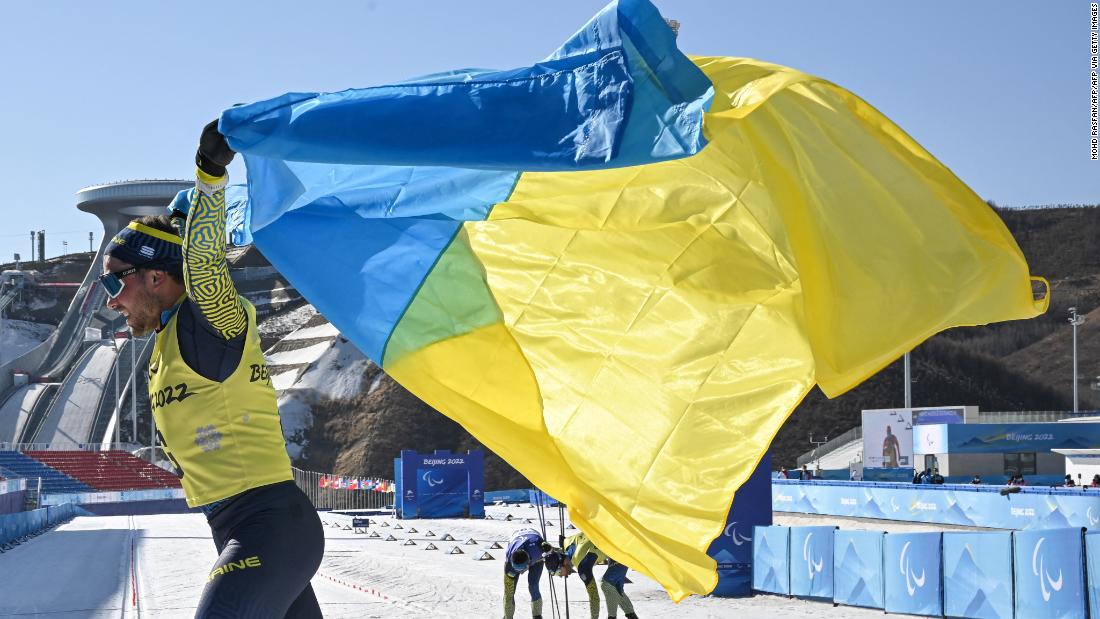 Iryna Bui led the first Ukrainian podium sweep of the day in the women’s middle distance standing as Oleksandra Kononova claimed silve, while Liudmyla Liashenko completed the line-up with bronze.

Kononova said she was proud to share the podium with her compatriots but admitted her mind was elsewhere with her country at war.

“This medal is really special and unique for me because now we have a very difficult emotional pressure,” she said.

“Despite that I’m physically here and competing, all my thoughts, my heart and my soul is with my family and with my child.

“Emotionally, it’s very difficult to focus and to concentrate on the race and the competition, so this is the most difficult Paralympic Games for me.”

READ: These are the sports that Russia has been suspended from

‘We are fighting here’

Another Ukraine podium sweep was to follow just a few hours later in the men’s middle distance vision impaired.

Vitaliy Lukyanenko won comfortably and in the process secured the eighth Paralympic gold medal of his career, with Anatoliy Kovalevskyi and Dmytro Suiarko crossing the line to win silver and bronze, respectively.

The 43-year-old Lukyanenko becomes the most successful male biathlete of all-time but like Kononova his thoughts were with those fighting the invasion back home.

“I’m really proud that today we can raise the Ukrainian flag in Beijing, so each and every person can see the flag once again. I’m proud that I made it,” Lukyanenko said.

“We are fighting here, not only in Ukraine but here on the sporting stage.

“We want to focus the attention of the European society on the war and the situation in Ukraine and ask for your help to stop this war.”

It was Ukraine’s third Para biathlon podium sweep at the Beijing Paralympics after Lukyanenko, Kazik and Suiarko secured the top three spots in the men’s vision impaired sprint on Saturday.

Ukraine has six gold medals at the Games so far, two behind China.