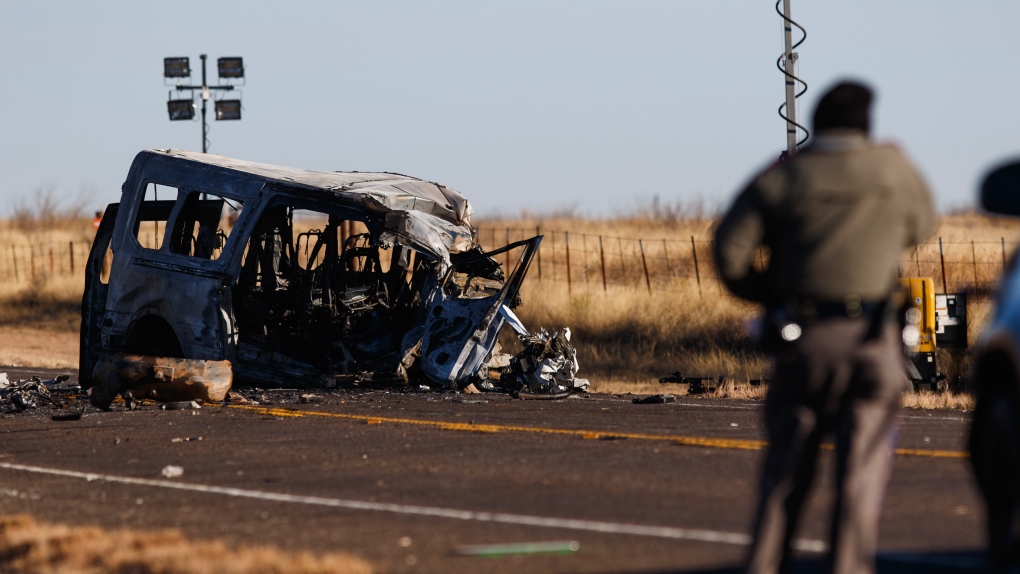 Two golf students from Ontario are in critical condition after a crash that killed nine people in Texas on Tuesday.

According to the Texas Department of Public Safety, the crash involved two vehicles and occurred 15 kilometres east of the City of Andrews around 8:15 p.m.

According to authorities, a Dodge 2500 pickup truck crossed the center line of a two-lane road and crashed head-on into a Ford transit van carrying members of the University of Southwest men’s and women’s golf teams.

Both vehicles caught fire and burned, the Texas Department of Public Safety said. Both occupants in the Dodge 2500 pickup truck were killed in the crash.

According to authorities, the Ford passenger van was returning to campus from a golf tournament in Texas.

As a result of the crash, six students and one faculty member in the Ford passenger van were killed. 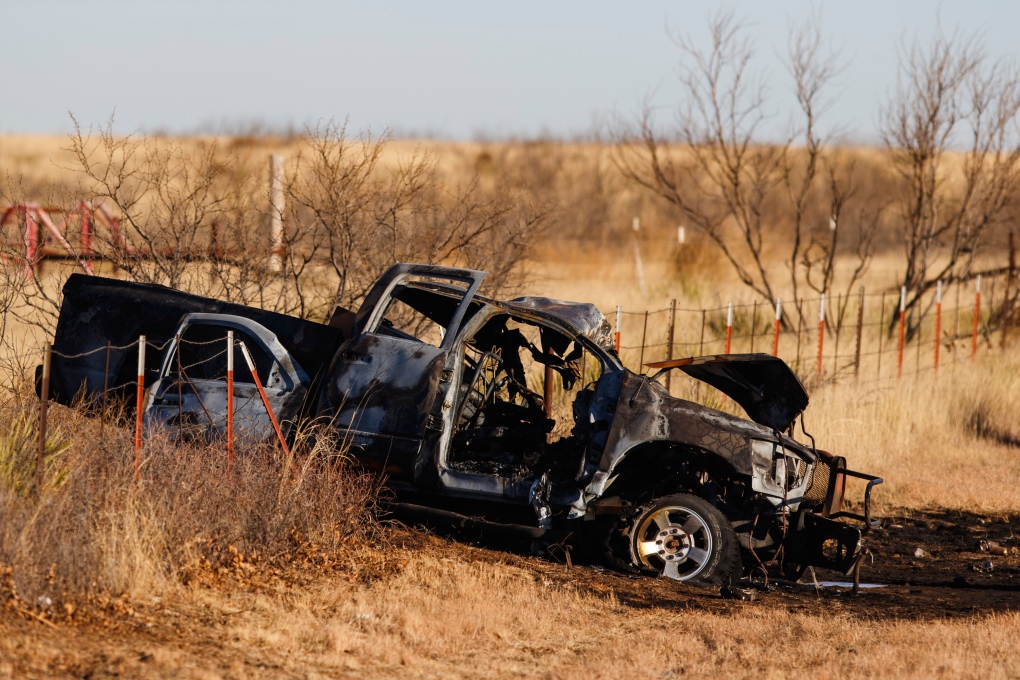 A damaged pickup truck sits on the side of the road at the scene of a fatal car wreck. (The Canadian Press)

The two students from Ontario were the only survivors in the passenger van, authorities said. They have been transported to University Medical Center in Lubbock, Texas in critical condition.

They have been identified by authorities as 19-year-old Dayton Price from Mississauga and 20-year-old Hayden Underhill from Amherstview.

Also killed were Henrich Siemans, 38, of Seminole County, Texas, and an unidentified 13-year-old boy who had been travelling with him in the 2007 Dodge 2500 pickup.

In a statement released Wednesday, the University of Southwest said they are “shocked and saddened” by the crash.

“Please keep the families of students, coaching staff, and the USW community in your prayers,” the statement said.

With files from The Associated Press