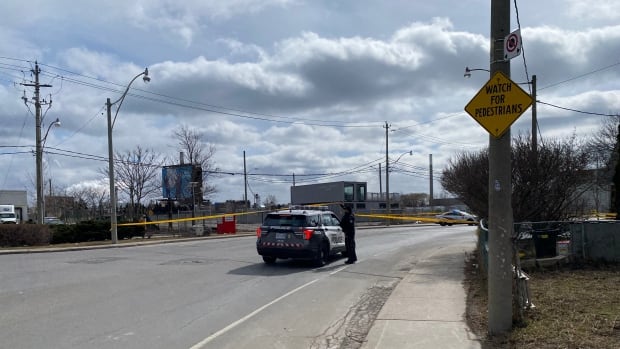 Toronto police are investigating after a body was discovered in a garbage bag in Leslieville on Monday afternoon.

The body was found near the intersection of Eastern Avenue and Berkshire Avenue, west of Leslie Street, according to Insp. David Correa, spokesperson for the Toronto Police Service.

Correa said the body has not yet been identified and police are not releasing any information, including age and sex. Next of kin have not yet been notified, he added.

He said police don’t believe there is any connection between the person who died and the person who reported finding the body. There is no word on suspects.

Police are canvassing the area to collect evidence and are urging anyone who witnessed anything unusual to come forward.

Officers have closed the eastbound and westbound lanes of Eastern Avenue near the intersection with Larchmount Avenue.

A huge area is still cordoned off on Eastern Avenue and several side streets are blocked off as well.