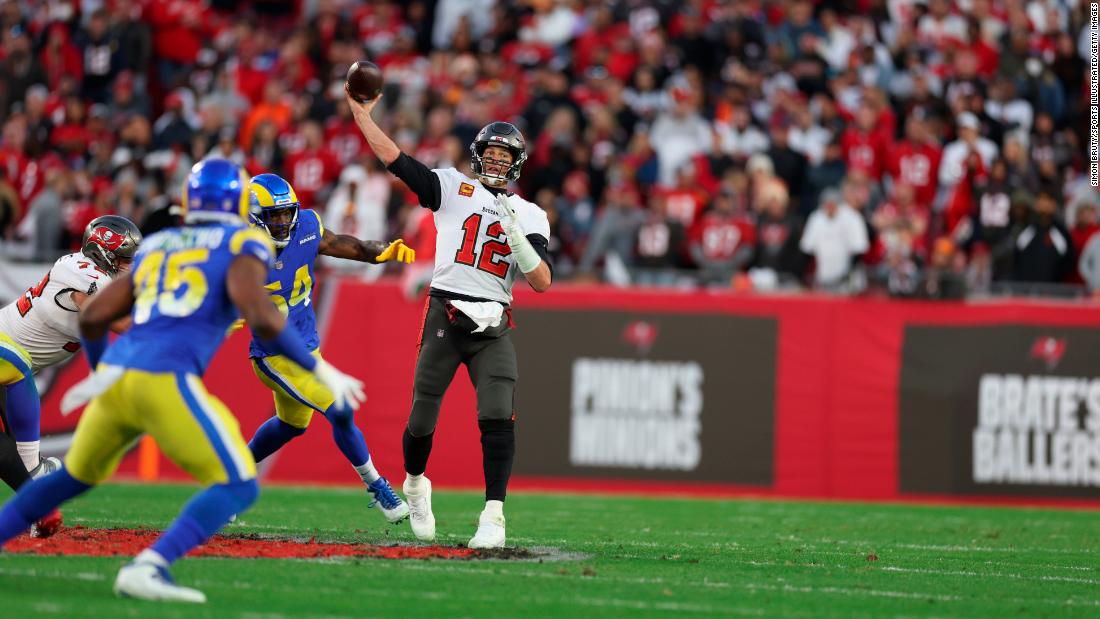 Two days after the auction closed, however, the 44-year-old quarterback announced that he would be returning for his 23rd season in the NFL with the Tampa Bay Buccaneers, following a six-week retirement.
The $518,000 ball featured during the Buccaneers’ home playoff loss to the Los Angeles Rams on January 23.

Brady threw the ball 55 yards to wide receiver Mike Evans who scored a touchdown to cut the Rams’ lead to seven, 27-20, with 3:20 left to play in the game. Despite their comeback from 27-3 down, the Bucs eventually lost 30-27.

Immediately after the game, Brady was still uncertain about his future playing career. When he announced his retirement a week later, it gave the ball extra significance as it became what was then considered his final career touchdown ball.

Rather than being preserved in a museum, the ball had reached the public domain because Evans had tossed it into the stands in celebration where it was caught by a lucky spectator. Lelands used marks and numbers on the ball to photo match it and verify its authenticity.

Last year, Lelands also auctioned Brady’s first career touchdown ball for $428,841 which was similarly tossed into the stands by the receiver who caught it, Terry Glenn.