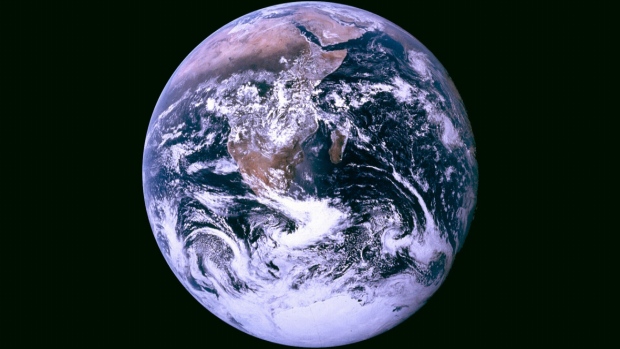 The early warning system to detect asteroids that pose a threat to Earth, operated by NASA and its collaborators around the world, got to flex its muscles.

It successfully detected a small asteroid 6 1/2 feet (2 metres) wide just hours before it smashed into the atmosphere over the Norwegian Sea before disintegrating on Friday, March 11, according to a statement from NASA’s Jet Propulsion Laboratory on Tuesday. That’s too small to pose any hazard to Earth, NASA said.

Often such tiny asteroids slip through the surveillance net, and 2022 EB5 — as the asteroid was named — is only the fifth of this kind to be spotted and tracked prior to impact. (Fear not, a larger asteroid would be discovered and tracked much further from Earth — years ahead of any potential devastating impact.)

“Tiny asteroids like 2022 EB5 are numerous, and they impact into the atmosphere quite frequently — roughly every 10 months or so,” said Paul Chodas, the director of JPL’s Center for Near-Earth Object Studies, which tracks potentially hazardous comets and asteroids that could collide with our planet.

“But very few of these asteroids have actually been detected in space and observed extensively prior to impact, basically because they are very faint until the last few hours, and a survey telescope has to observe just the right spot of sky at the right time for one to be detected.”

The asteroid was spotted just two hours before it made impact by astronomer Krisztián Sarneczky at the Piszkéstető Observatory in northern Hungary, who flagged it to the Minor Planet Center’s Near-Earth Object Confirmation Page, NASA said.

As soon as the system determined that 2022 EB5 was going to hit Earth’s atmosphere, NASA flagged the object on the Scout web page to notify the near-Earth object observing community, which was able to provide more observations.

“Scout had only 14 observations over 40 minutes from one observatory to work with when it first identified the object as an impactor. We were able to determine the possible impact locations, which initially extended from western Greenland to off the coast of Norway,” said Davide Farnocchia, a navigation engineer at JPL who developed Scout. “As more observatories tracked the asteroid, our calculations of its trajectory and impact location became more precise.”

NASA said “this real-world event” suggested that the “impact prediction models at CNEOS are highly capable of informing the response to the potential impact of a larger object.”

Asteroids and other near-Earth objects zip past our planet multiple times a week. In September, NASA will deliberately crash a spacecraft into an asteroid to change its motion in space — testing technology developed to deflect an asteroid hit.

Known as the DART mission, or the Double Asteroid Redirection Test, the spacecraft is aiming for Dimorphos, a small moon orbiting the near-Earth asteroid Didymos.

Near-Earth objects are asteroids and comets with orbits that place them within 30 million miles (48 million kilometers) of Earth.