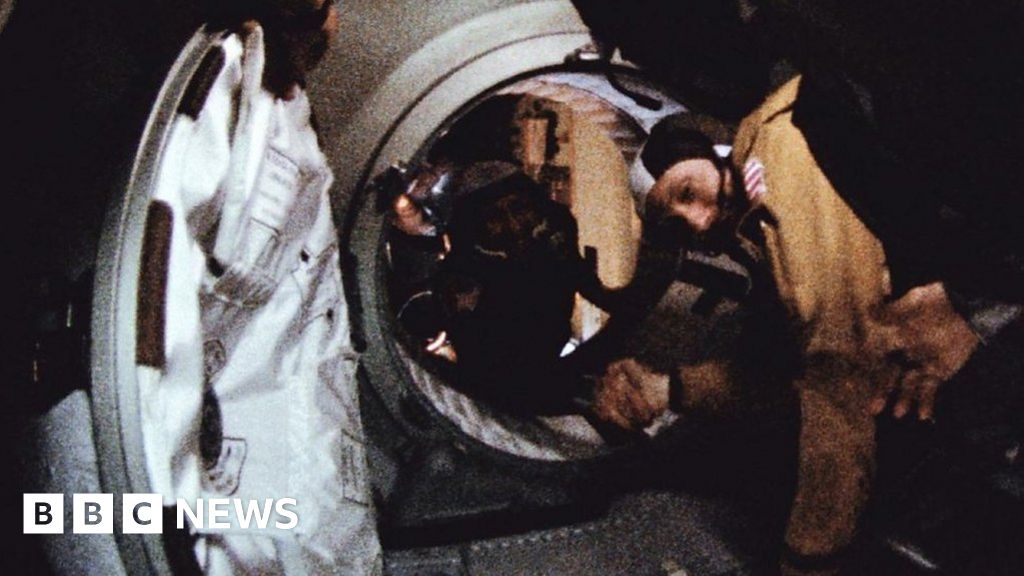 Despite their long-standing differences during the Cold War, in 1975 the US and USSR embarked on a joint mission into space.

The aim of the operation was to dock an American Apollo space capsule with a Soyuz one made by the Soviet Union.

The collaboration took place at a time when it looked like diplomatic relations between the two sides were starting to improve.

Millions of people watched a live feed of the rendezvous as it happened 200km above the earth.

Written and produced by Nick Holland.