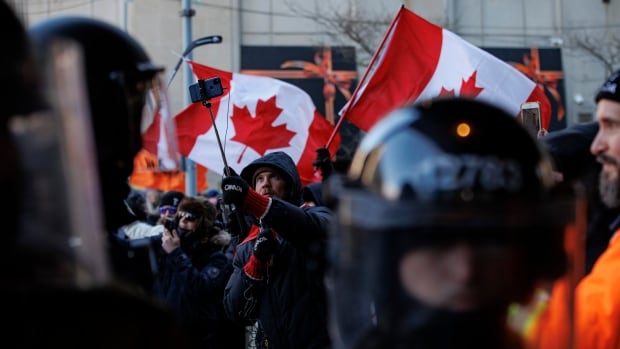 The task of reviewing the Liberal government’s historic use of the Emergencies Act in response to anti-vaccine mandate protests in Ottawa and at border crossings got off to an inauspicious start this week.

But it’s also too early to abandon all hope that parliamentarians will be able to meet the occasion with the seriousness and transparency that the moment demands.

“I think given what’s been endured across the country over the last two months, and what’s at stake in order for us to move forward, I can’t think of a more important moment through this entire pandemic to have all parties from the House and the Senate set aside hyper-partisanship and really allow for the seriousness of our work,” said NDP Matthew Green, who will co-chair the committee.

“We have to provide Canadians with the answers they deserve around the invocation of the Emergencies Act in order to move beyond this.”

The House of Commons formally agreed to the structure of the special joint committee of Parliament by a vote of 214 to 115. A recorded vote was necessary because the Liberals and Conservatives couldn’t agree on how the committee should be constituted.

When negotiations failed to produce an agreement, the government put its proposal for the committee’s makeup to the House. It passed with the support of NDP, Bloc Quebecois and Green MPs. Conservative House leader John Brassard responded with a statement that accused the government of trying to duck accountability.

The committee will be unlike any other current parliamentary committee.

It will be made up of seven MPs and four senators, with representation from each of Parliament’s recognized parties and groups.

The House contingent will include three Liberals, two Conservatives, one New Democrat and one member of the Bloc Quebecois. The Senate’s four seats will be filled by one senator each from the Conservative Senate caucus, the Independent Senators Group, the Progressive Senate Group and Canadian Senators Group.

While standard House committees are chaired by either a member of the governing party or a member of the Official Opposition, the Emergencies Act committee will be co-chaired by the NDP’s Green, Bloc MP Rheal Fortin and Independent Sen. Gwen Boniface.

That arrangement could prevent the committee’s business from being overwhelmed by partisan acrimony. The tenor of the proceedings might also benefit from the presence of three independent senators — Boniface, Peter Harder and Vern White — who will come to the table without partisan interests.

“By way of analogy, I think we have a solemn responsibility to ensure that this doesn’t become a political version of the occupation and the social deadlock that we watched occur on the Hill and across border blockades across the country,” Green said.

Sen. Boniface is a former commissioner of the Ontario Provincial Police, Sen. White is a former chief of police in Ottawa and Conservative MP Glen Motz is a former police officer.

Green is a former city councillor in Hamilton, Ontario. Naqvi was the attorney general for Ontario and is now MP for Ottawa-Centre, the riding that includes the area around Parliament Hill that was blockaded by protesters. Peter Harder was a senior public servant and former deputy minister in the Department of Public Safety.

The committee has many important questions to answer.

Did the protest meet the ’emergency’ standard?

Officially, the Emergencies Act assumes that the committee will review “the exercise of powers and the performance of duties and functions pursuant to a declaration of emergency.” In practice, that likely means addressing two fundamental questions. Was the threshold met for declaring a public emergency? And were the powers invoked necessary to deal with the situation?

But the lines of inquiry could extend beyond that — up to and including how protesters were allowed to occupy downtown Ottawa in the first place. Green said he’s interested in looking at the actions of police (or the lack of them), the role played by “dark money” raised through fundraising websites and the influence of social media.

“I think the chairs are going to have to do everything within our power to make sure that this is a procedurally fair process and that Canadians get out of this what they deserve, which ultimately is truth and accountability and transparency,” Green said.

“And I can’t underscore how important I think it is that we have a duty to work to restore trust. Because it doesn’t matter where people fall on the issue. The trust has been broken.”