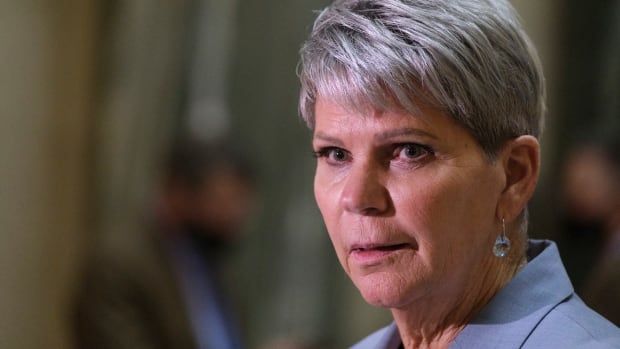 Saskatchewan’s minister of corrections, policing and public safety expressed confidence Friday in the investigators looking into the actions of police after the death of a young child in Prince Albert, Sask., last month, while First Nation leaders continue to criticize the city’s police force.

According to police, officers went to a home in Prince Albert, about 130 kilometres northeast of Saskatoon, early in the morning of Feb. 10 after receiving a complaint of a family dispute. One person was taken to police cells.

Police say they went back to the same home five hours later for a report of a homicide involving a child and found a deceased 13-month-old boy, Tanner Brass.

The baby’s father, Kaij Brass, has been charged with second-degree murder.

First Nations leaders have said that when police arrived the first time, they assumed the fears and behaviour of the child’s mother, Kyla Frenchman, were alcohol-related and arrested her.

In fact, the mother and child were fleeing domestic violence, the leaders said. Police did not perform a welfare check on Tanner, nor was the Ministry of Social Services brought in for Tanner’s protection, they said.

On Friday, Minister Christine Tell said she believes the coroner’s office is standing by to allow the investigation into the child’s death to unfold.

“The Saskatchewan Police Commission is reaching out to the FSIN to have discussions,” she added.

First Nations groups and leaders, including the Federation of Sovereign Indigenous Nations (FSIN), have called for the immediate firing of Bergen and the officers involved.

The Prince Albert police chief said his force will wait for the results of the PCC’s investigations before any discipline is considered. Until then, the officers who responded to the call remain on duty.

On Thursday, FSIN, Prince Albert Grand Council, and leadership from Thunderchild First Nation called the response from PAPS, the city and the government “inadequate.”

“It is apparent from Chief Bergen’s initial media and follow up response, that he has directed responsibility of this tragedy toward others,” said FSIN Vice Chief Dutch Lerat in a media release on Thursday.

“It angers our leadership to see such actions and inaction by this chief of police and reinforces our belief that uncompassionate systemic discrimination exists at all levels of the service.”

FSIN Vice Chief Heather Bear directly addressed Tell in the release, asking her why the officers involved were still working as officers.

“If these officers showed up to a domestic dispute call involving a young white family, knowing that an infant was inside and possibly in danger, do you think they would have arrested the mother and left without completing a welfare check on the child?”

She called on the Minister of Corrections, Policing and Public Safety “to protect our people from the PAPS.”

On Friday, Tell said the case is currently under investigation, while other conversations are also taking place.

“I don’t think any of us want to see these types of investigations have to occur,” she said.

The minister added she is confident about the ability of the people who are conducting the investigations.

Thunderchild First Nation Chief James Snakeskin said First Nations need to be included in investigations around the murder and deaths of First Nations people, otherwise there is no transparency or accountability.

“We need trust, and we don’t have that with the PAPS,” he said. “Our community is devastated and these officers are still working.”

The grand chief of the Prince Albert Grand Council called for justice for Baby Tanner.

“Policies and procedures have been developed and enforced within policing to save lives,” said Brian Hardlotte in the FSIN’s media release.

“We have serious concerns for the safety of our people, when it has become clear and apparent that these steps are being ignored and the lives of our innocent children are being lost because of it.”

FSIN Chief Bobby Cameron said police, city and the Ministry of Public Safety have had nearly three weeks to investigate the death of Tanner.

“There is no trust within this broken system,” he said on Thursday. “We know systemic racism exists within PAPS and we demand immediate intervention and terminations.”

The Prince Albert Police Service is not the only force in the province currently involved in an investigation into officer actions.

The Saskatchewan RCMP requested the Saskatoon Police Service to investigate an RCMP operation on Feb. 26 which resulted in a suspect dying in a shootout and an officer sustaining non-life threatening injuries.