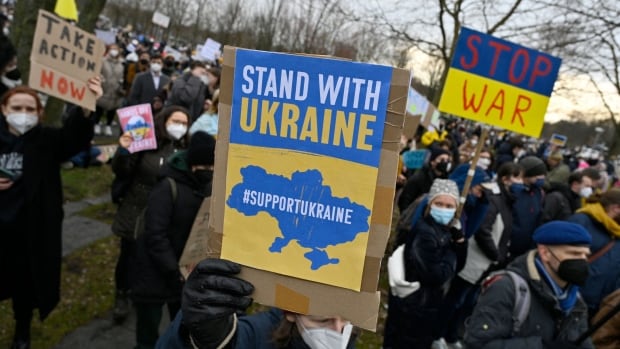 The Russian soccer federation appealed Tuesday to have FIFA and UEFA bans on its teams frozen in a fast-track legal process and eventually overturned.

Russian national and club teams were expelled from international competitions on Feb. 28 “until further notice” following the country’s invasion of Ukraine. FIFA and UEFA did not specify their legal reasons.

The Court of Arbitration for Sport said it hoped to give urgent interim verdicts on the appeals within days.

Russia’s men’s national team was scheduled to play Poland on March 24 in a World Cup qualifying playoff. Poland has refused to play Russia in the match which was originally to be in Moscow.

The winner of that match would have played the winner of the game between Sweden and the Czech Republic on March 29 with a place at the World Cup in Qatar at stake. Those two federations also have refused to play against the Russians.

CAS said the Russian appeals against FIFA and UEFA also involve the Polish, Swedish and Czech soccer federations, plus several other national federations in Europe.

Global sport professor Simon Chadwick joins CBC Sports’ Jacqueline Doorey to break down the response from the sporting world to Russia’s invasion of Ukraine, specifically the affiliations of governing bodies with state-owned companies like Gazprom. 6:14

The soccer federation of Belarus, Russia’s political and military ally, is listed as a party on UEFA’s side of the case.

The Russian legal strategy of filing separate appeals against soccer’s world and European governing bodies could require the broadly similar cases to be heard by two different panels of three CAS judges.

In appeals at CAS, each party chooses one arbitrator from an approved list and the court appoints a lead judge. The choices can be challenged.