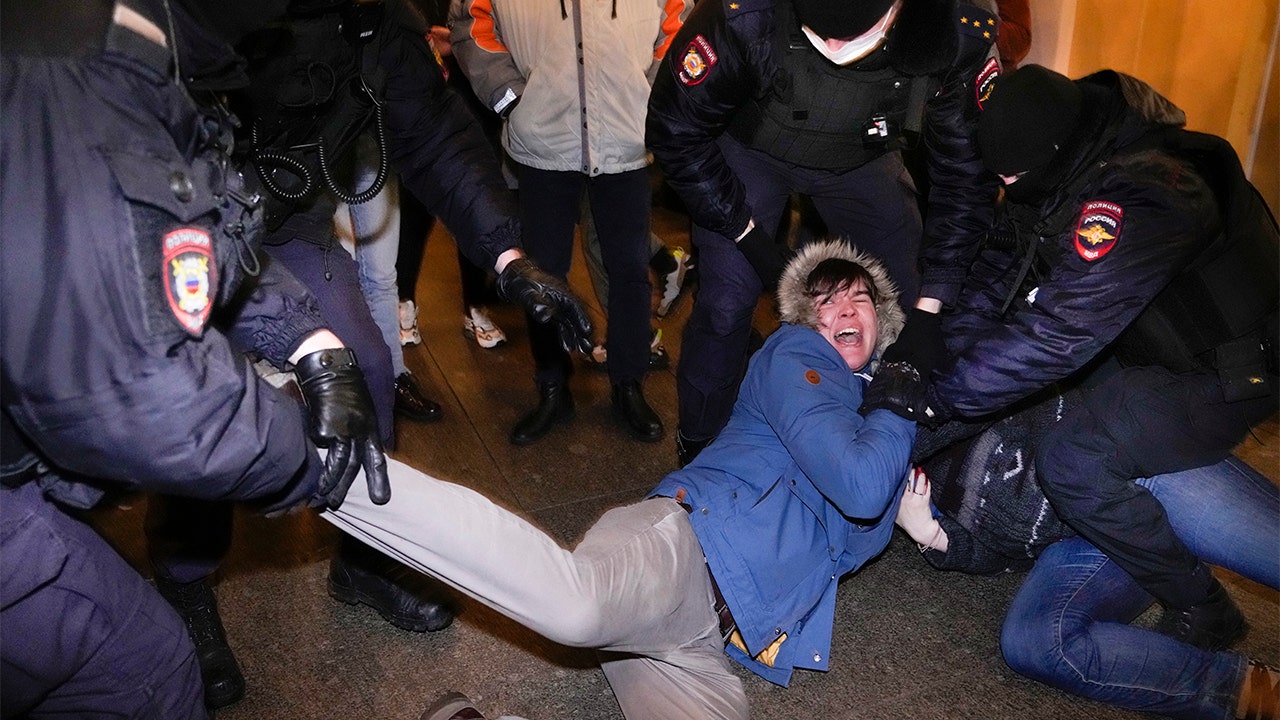 Russian authorities arrested more than 5,000 anti-war protesters in cities across Russia over the course of one day, according to a human rights group.

An estimated 5,138 people in 72 Russian cities were arrested Sunday as protests against the invasion of Ukraine swept the country, according to OVD-Info, an independent human rights project focused on political persecution in Russia.

The figure represents the highest number of arrests in a single day since Russia invaded Ukraine on Feb. 24. OVD-Info reports there have been a total of 13,508 arrests since the invasion.

There were reportedly at least 2,426 arrests in Moscow alone on Sunday, with at least 21 protesters being held overnight.

Jailed Kremlin critic Alexei Navalny on Friday called for protests in a post on his blog, telling Russians to not be fearful of crackdowns on such demonstrations.

“Show the world that Russians don’t want war. Come out in the squares of Berlin, New York, Amsterdam or Melbourne, wherever you are. Now we are all responsible for Russia’s future. For what Russia will be in the eyes of the world,” he said in the post, according to Reuters.

“You may be scared, but to submit to this fear is to side with fascists and murderers. Putin has already snatched away from Russia its economy, relations with the world and hope for a future,” Navalny said.