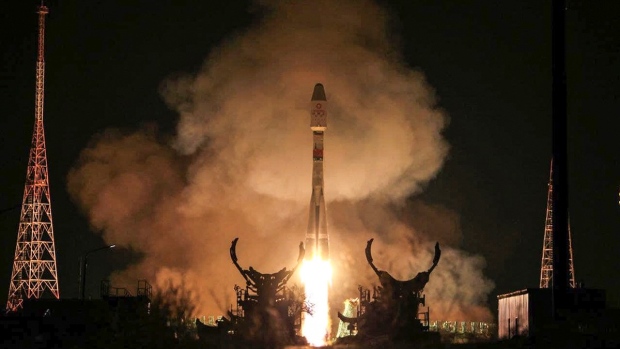 The business fallout from the war in Ukraine is about to extend to outer space.

OneWeb, a London-based satellite startup striving for global internet connectivity and a key competitor to Elon Musk’s StarLink satellite internet constellation, was set to launch a batch of 36 internet satellites Friday as part of its plan for a 648-satellite constellation. But those plans are now in jeopardy as Roscosmos, Russia’s space agency, appears set to roadblock the effort.

A Russian-built Soyuz rocket operated by France’s Arianespace SA was meant to deliver the satellites into low Earth orbit, launching from Russia-owned Baikonur Cosmodrome in Kazakhstan. OneWeb and Russia inked a multi-year deal for satellite launches, with the company launching its satellites exclusively on Russia’s Soyuz rocket.

But Dmitry Rogozin, Director General of Roscosmos and a former Deputy Prime Minister with a flair for inflammatory rhetoric, is refusing to go ahead with what should be a routine launch in response to UK sanctions on Russia following the invasion of Ukraine.

The agency is requiring that the U.K. government sell all stakes in OneWeb and that the company guarantees the satellites will not be used for military purposes, according to an ultimatum spelled out on Twitter from Roscosmos’ offical account. Roscosmos stressed the demands are “due to the U.K.’s hostile stance towards Russia” on Wednesday. The deadline for requests to be met is 9:30 pm Moscow time Thursday, Rogozin said in an interview with Russia 24.

OneWeb already has 428 satellites in orbit, with its last launch of satellites just last month. The company is working to attract customers and pay back investors after the U.K. government and India’s Bharti Global saved it from bankruptcy in 2020.

Rogozin has tweeted flamboyant statements in the past in response to Western sanctions — namely in 2014 after the Russian annexation of Crimea. “After analyzing the sanctions against our space industry, I suggest to the USA to bring their astronauts to the International Space Station using a trampoline,” Rogozin said at the time on Twitter following U.S. sanctions against Russia’s space sector.

Despite Rogozin’s flamboyant tweets and interviews, the United States and Russia have historically cooperated in space. While tensions on Earth have led to threats of premature exit, Rogozin has promised Russia will remain NASA’s partner at the International Space Station at least until the station is eventually retired.

British lawmakers shown no sign of bending to Roscomos and submitting to demands. “There’s no negotiation on OneWeb: the U.K. Government is not selling its share,” tweeted Kwasi Kwerteng, U.K. Business and Energy Secretary on Wednesday. “We are in touch with other shareholders to discuss next steps…”

OneWeb did not immediately respond to CNN’s request for comment.