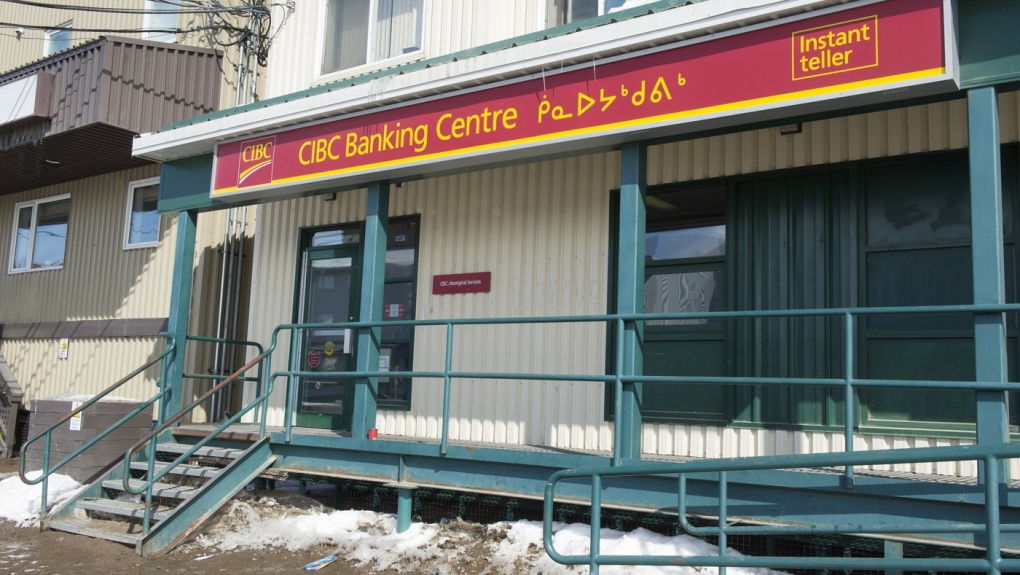 
Ameela Aqiatusuk lives in a town that has never had what many Canadians take for granted: a bank.


“It’s really frustrating. It feels like we’re five to 10 years behind everyone else,” says the office clerk from Resolute Bay, a remote hamlet on Nunavut’s Cornwallis Island.


Reliance on hard-to-find cash, fee-heavy prepaid debit cards and cumbersome online banking platforms are a common reality for residents in all but eight of Nunavut’s 25 communities.


Aqiatusuk, 31, banks at a CIBC branch in Iqaluit, the territory’s capital. She says it’s exhausting and costly to travel so far to bank, “which is why people wait for medical travel to get banking done.”


Also, without a bank branch, people don’t get access to financial planning or investment services.


The lack of access to banking in the territory highlights a systemic inequity that Inuit rights organization Nunavut Tunngavik says reinforces poverty.


“Let’s first give Indigenous people the same tools that everybody else has,” says John Anderson, former director of government affairs and public policy for the Canadian Co-operative Association.


“If you want to set up a business, borrow money or send your kids to university, you need a bank.”


The long road to establishing banks in Nunavut dates back to 2000, when the Atuqtuarvik Corp. was created to ensure “direct Inuit participation in major economic opportunities in Nunavut.”


Atuqtuarvik invests in the First Nations Bank of Canada (FNBC), which has a full-service branch in Iqaluit and basic service in five other Nunavut communities. Those service centres are found in the stores of FNBC shareholder Arctic Co-operatives Ltd., known in the territory as “the Co-op,” which runs retail and grocery stores.


“In many Nunavut communities, that’s the only store,” Anderson says.


The Co-op’s competitor, The North West Company, is also a grocer and retailer, at which people can use its own prepaid debit cards, ATMs and cheque-cashing service.


Why not just rely on cash?


Aqiatusuk says cash seems like a disappearing commodity in Resolute Bay. Many people come up with convoluted workarounds to pay for goods and services.


She says if she wants to buy goods from someone without a bank account, she can’t send them an electronic money transfer, or EMT.


“There’s no cash at the store … so you trade an EMT for cash from (a third person), so you can then give that cash to me,” she says.


“People who don’t have banking depend on those that do.”


Another problem is addresses. Some banks don’t recognize that many Nunavut addresses don’t have street names. Some people, like Aqiatusuk, get creative.


A statement from CIBC says it recognizes there’s an address problem for Nunavut clients, and there are ways for them to validate their addresses virtually. However, it can take weeks or months to receive debit cards by mail.


CIBC and Royal Bank only have full-service branches in Iqaluit and Rankin Inlet.


Susan Nichols, comptroller general of the territory’s Department of Finance, says that from 2018 to 2021 the government leveraged its relationship with Royal Bank to open three basic-service branches in Arviat, Pangnirtung and Kinngait.


She says expansion of banks to hamlets is a private industry decision.


She says plans to open a new FNBC banking centre in Taloyoak are waiting for installation of internet service. Its lack is a common barrier in the North. And the opening of a banking centre in Igloolik was delayed after its Co-op burned down in January 2021.


Credit unions seem particularly suited for smaller communities, he suggests. “Their goal is not to make large amounts of money. The whole idea is to keep prices down.”


Until 1968, Canada allowed certain post offices to keep and remit people’s savings. Anderson points to the United Kingdom, France and other European nations as having functioning postal banks.


“How much money would they lose to do some of this stuff?” he asks. “Very little.”