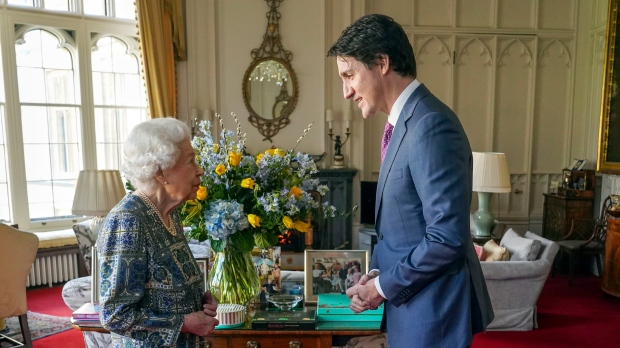 Photographs of the meeting showed Trudeau holding the queen’s hand in his while also chatting and laughing.

The palace announced on Feb. 20 that the queen, 95, had tested positive for COVID-19, sharpening concerns about the health of the world’s longest-reigning monarch two weeks after she marked 70 years on the British throne.

They said at the time she was suffering from mild cold-like symptoms and cancelled several engagements. She did continue to carry out light duties.

Royal watchers noted that the flowers behind her in official photographs were blue and yellow, the colors of the Ukrainian flag, which they said was a deliberate tribute as very little around the queen happens by accident.

Trudeau is in Britain to hold talks with Prime Minister Boris Johnson on the international response to Russia’s invasion of Ukraine.