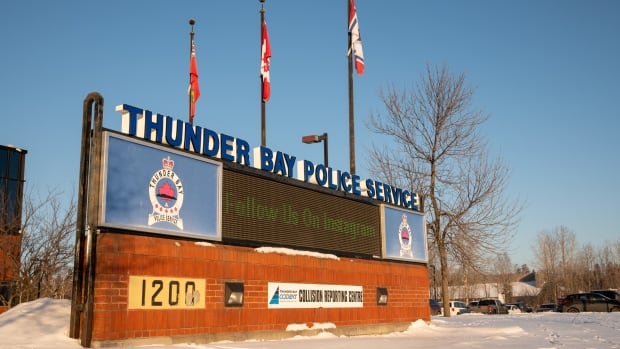 Members of the Thunder Bay Police Services Board are set to consider the creation of an expert panel to provide advice and recommendations as they navigate mounting external investigations and human rights complaints.

The proposal will be discussed at the police board’s next meeting on Wednesday, and would see a range of individuals with varying expertise in policing, mental health and Indigenous relations appointed.

“This step shows that we’re aware of the work that needs to happen, and to shore up confidence both internally and externally in the service and in the board as an oversight body,” said police service board chair Kristen Oliver in an interview with CBC News.

If approved, the expert panel would be asked to review policies, procedures and training with regards to human rights and mental health issues, reviewing recommendations from previous reports by the Ontario Civilian Police Commissioner (OCPC) and the Office of the Independent Police Review Director (OIPRD), advancing goals set out in the board’s 2021-23 strategic plan, and presenting their own recommendations, Oliver added.

“We’re hoping that the information and the recommendations they provide to this board will significantly enhance the police service in this community,” Oliver said.

The proposal comes as the police force faces at least nine human rights complaints. The Ontario Provincial Police has confirmed an investigation into unnamed members of the service. The Ontario Civilian Police Commission is investigating “serious misconduct” by the now-suspended deputy chief Ryan Hughes, current chief Sylvie Hauth, police lawyer Holly Walbourne and the administration of the force.

Meanwhile, the office of Ontario’s chief coroner confirmed Thursday afternoon that a final report into the Broken Trust death reinvestigations — looking into nine Indigenous people who died in Thunder Bay since 2000 — has been provided to the Office of the Independent Police Review Director (OIPRD), the Thunder Bay Police Services Board and to the families and their lawyers. The chief coroner previously confirmed there will be more death investigations re-opened and a new systemic review will soon be ordered.

The Special Investigations Unit (SIU) is also now looking into possible criminal misconduct by officers in the 2015 death of Arron Loon — an action that came out of the reinvestigation of Loon’s death.

One person that has confirmed their participation on the panel is Alok Mukherjee, who would serve as the chair. Mukherjee was the chair of the Toronto Police Service Board during the force’s heavily criticized response to the 2010 G20 Summit — a response that saw more than 1,000 poeple arrested and resulted in a $16.5-million settlement — and he is a former acting chief commissioner and vice-chair of the Ontario Human Rights Commission.

Mukherjee told CBC News in February it appeared the police board was not in a position to take care of its own affairs, and called for the board to be immediately replaced by an independent administrator.

On Sunday, he said the work of the panel is not a substitute for the other ongoing investigations, but rather is about the concerns raised in regard to the handling of mental health and human rights issues, and the criticisms of police culture.

“There is an obligation that those [issues] need to be addressed, whether this board does it, an administrator does it, or another board does it,” he said in an interview with CBC News.

The panel will work completely independently of the board, totally unmindful of whatever interests the board may have, and we will provide very objective, independent advice.– Alok Mukherjee, former chair of Toronto Police Service Board

“We have made it very clear that the panel will work completely independently of the board, totally unmindful of whatever interests the board may have, and we will provide very objective, independent advice,” Mukherjee said, adding he does not have a proposed timeline for the panel’s work, but hopes to produce a report “quickly.”

This is the latest effort by the police oversight board to address harassment and workplace culture.

At the board meeting in February, police chief Hauth presented a memo detailing a number of initiatives to create a healthy workforce, including the hiring of external investigators to look into workplace harassment complaints, and providing a range of training about harassment and workplace well-being.