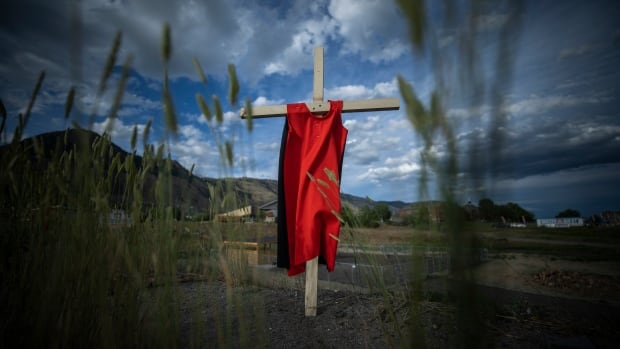 National Inuit leader Natan Obed heads into a private meeting with Pope Francis at the Vatican on Monday with a simple message: the Holy See must apologize for the church’s role in residential schools in order to help the survivors bear the burdens of the past inflicted on the present.

The president of Inuit Tapiriit Kanatami (ITK), the national organization representing Inuit, spent his career hearing about the harm caused by the institutions.

He said his father attended a non-Catholic residential school in Newfoundland, so he’s also lived with the effects of intergenerational trauma.

“It has impacted my life greatly,” Obed said. “I understand the necessity of further healing.”

Obed said he plans to invite the Pope to visit the Inuit homeland of Inuit Nunangat, which stretches from Nunavut through northern Quebec to Labrador.

He said he also intends to ask Pope Francis to ensure that those still living who committed crimes against children while employed by Catholic-run residential schools will be brought to justice.

“The most important thing for the Pope to understand is that we are still picking up the pieces,” Obed said.

The Pope is holding private hour-long audiences with more than 30 members of First Nation, Inuit and Métis delegations this week.

A mental health support worker will be in the room for these meetings, along with a translator.

The Pope is expected to spend most of his time listening during each meeting, and to make brief remarks in Italian or Spanish.

WATCH | What the meetings at the Vatican could mean for reconciliation:

Indigenous delegates are meeting with Pope Francis in hopes he’ll commit to a formal apology for the Catholic Church’s role in running residential schools in Canada. Here’s why it matters and how it could change things. 1:17

He’s expected to formally respond to the delegates before a final public audience on Friday involving 150 people and all three delegations, including their family members and support staff.

The meetings are expected to set the stage for an upcoming trip the Pope is planning to Canada. More importantly, it’s an opportunity for Pope Francis to deliver a public apology for the Roman Catholic Church’s primary role in operating most residential schools in Canada — something Indigenous organizations have demanded for years.

More than 150,000 First Nations, Inuit and Métis children were forced to attend the church-run, government-funded institutions between the 1870s and 1997.

The Truth and Reconciliation Commission — which from 2008 to 2015 examined the record of Canada’s residential school system — called for a papal apology as part of its 94 calls to action.

Although the Canadian Conference of Catholic Bishops (CCCB) has apologized, the Pope has yet to say sorry.

WATCH | ‘Can’t have reconciliation without that truth’

Caron: ‘Apologize for the wrongdoing’

Edmonton Archbishop Richard Smith, who is one of six bishops travelling to Rome with the delegates, said he expects the Pope to “hear them deeply.”

“And I think we can trust that he’ll say what needs to be said,” Smith added.

The meetings are being described by the church as an “encounter” between the Pope and Indigenous Peoples — an attempt to understand the effects of church-run residential schools on Indigenous people through the words of their children and grandchildren.

“He keeps calling on the world to establish a culture of encounter, in which people actually meet one another, listen to one another, learn from the other,” Smith said.

“This is going to be a remarkable, remarkable moment. A historical one.”

Smith said that, during a visit to the Vatican in 2017, he and other Canadian bishops received a clear message from Pope Francis that he was committed to working with them and Indigenous Peoples on healing and reconciliation.

“As he listened to us recount the stories that we had been hearing from the Indigenous Peoples, you could just see the empathy, the pain, the sorrow get deeply, deeply etched on his face,” Smith said.

“It was at that point that he said to us, ‘Look, you’re the local shepherds. You’re the local bishops. You are the ones with the direct relationships with the Indigenous Peoples in your respective territories. I need you … to continue to walk with them.'”

Since then, the CCCB has been working on scheduling papal audiences with the three main national organizations representing Indigenous Peoples — ITK, the Métis National Council and the Assembly of First Nations (AFN).

The visit, which is being paid for by the bishops, was supposed to happen last December but was postponed due to the global outbreak of Omicron cases.

“To have a turnaround so quickly in the Pope’s calendar is really a remarkable signal that he is really looking forward to meeting the Indigenous delegations and hearing from them,” Smith said.

A papal apology is the number one priority for the Métis delegation. But in order for it to count, it needs to happen on Canadian soil, said Métis National Council (MNC) president Cassidy Caron.

“I don’t think it will be enough for the Pope to just apologize in private,” said Caron, who is leading the Métis delegation.

“I myself am not a direct survivor of residential schools and that apology is owed to our survivors and to their families, and not just a few individuals who are able to and fortunate and privileged to travel over to the Vatican.”

Caron has been meeting weekly with Métis delegates in preparation for the trip. She also travelled across the country to visit residential school survivors and community members.

“We saw this as an opportunity to go over and share the stories of the Métis Nation, for him to truly understand the similarities, but also the unique experiences of First Nations, Métis and Inuit,” she said.

Edmonton Archbishop Richard Smith recounts a 2017 meeting between Pope Francis and Canadian bishops about the impacts of the residential school system. 1:09

“That’s how we’ll fully understand what was taking place, what is that history, what are those experiences of our people,” Caron said.

AFN to ask Pope for return of traditional lands

The meetings are a follow-up to a 2009 meeting between the AFN and Pope Benedict XVI — who expressed “sorrow” over the abuse and deplorable treatment that Indigenous students suffered at residential schools but did not apologize for the church’s actions.

Prime Minister Justin Trudeau called for a papal apology during a private audience with Pope Francis in 2017 but said he left “disappointed.”

At the time, the president of the CCCB said Pope Francis has not shied away from recognizing injustices faced by Indigenous Peoples around the world but could not apologize personally for residential schools.

Since then, the Roman Catholic Church has been facing increasing pressure to do more — especially since the discovery over the past year of what are believed to be thousands of unmarked graves at former residential school sites across the country.

“They must be accountable and acknowledge their responsibility for the great harm caused by their direct role in the institution of assimilation and genocide that they ran,” said Regional Chief Gerald Antoine of the Northwest Territories, who is leading the AFN delegation.

Antoine, who is a residential school survivor, said there are several things the Pope could do to make amends.

He said the AFN plans to call on the Pope to return church properties on traditional Indigenous lands back to Indigenous Peoples, to offer long-term financial support for survivors and to replace the Doctrine of Discovery — a 1493 Papal decree used to justify Christian European explorers’ claims to lands and waterways they allegedly discovered — with a new papal bull that respects Indigenous Peoples and cultures.

“We are now at the base of this huge hill and this is where the Holy Father also stands,” Antoine said.

“Our challenge to all of us is, how do we together … climb that hill?”

Support is available for anyone affected by their experience at residential schools or by the latest reports.

A national Indian Residential School Crisis Line has been set up to provide support for former students and those affected. People can access emotional and crisis referral services by calling the 24-hour national crisis line: 1-866-925-4419.