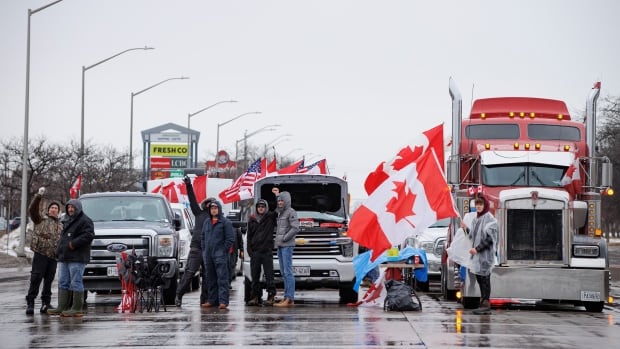 The federal government is expected to announce support for businesses whose bottom line was affected by the Ambassador Bridge protest in February.

Windsor-Tecumseh MP Irek Kusmiercyzk is scheduled to make an announcement Friday morning in Windsor on behalf of Helena Jaczek, the minister responsible for the Federal Economic Development Agency for Southern Ontario.

The bridge was closed for about a week in February due to a protest against COVID-19 public health mandates. Huron Church Road, the commercial corridor connecting the bridge to Highway 401, was closed to non-border traffic at that time. With the aim of preventing more protests from popping up, parts of the roadway remained closed even after the border crossing reopened, with the final closure lifted on March 12.

The funding announcement comes amid calls for the federal and provincial governments to offer reimbursement for businesses that took a hit due to the road closures.

The City of Windsor, the Windsor-Essex Chamber of Commerce, and Tourism Windsor Essex & Pelee Island wrote a letter to Jaczek asking for supports similar to those offered to Ottawa businesses following protests in that city.

That funding, from both federal and provincial governments, was announced weeks ago.

One business owner along Huron Church Road, Fred Bouzide of Fred’s Farm Fresh, previously told CBC News that the blockade and the road closure, saw his business lose between $35,000 and $40,000 in sales.