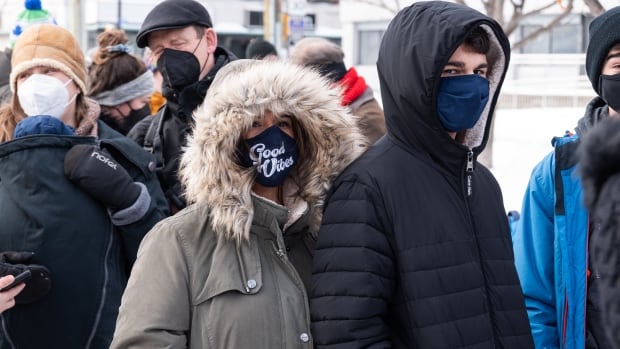 Ontario will drop most COVID-19 mask mandates – including in schools, restaurants and stores – across the province on March 21, CBC News has learned.

The Ford government lifted all COVID-19 capacity limits in indoor settings and scrapped its vaccine certificate system on March 1. Proof of vaccination was no longer required at most restaurants, gyms and movie theatres. Nightclubs, sporting and concert venues were allowed to get rid of capacity limits and restrictions were also lifted on social gathering sizes.

At the time, Ford was somewhat vague when commenting on when mask mandates might be lifted, saying they would stay in place for a few more weeks. In a news conference last Thursday, Chief Medical Officer of Health Dr. Kieran Moore told reporters the province could lift its mask mandate by the end of March if key pandemic indicators continue to improve.

The news comes as public health officials say the wave of infections caused by the highly transmissible Omicron variant continues to wane in the province.

Ontario’s top doctor will hold a briefing Wednesday morning on the province’s plan to “live with and manage COVID-19,” replacing what was to be his final planned pandemic news conference originally set for Thursday.

An hour before that, at 10 a.m. Premier Doug Ford is set to make an announcement alongside Deputy Premier and Minister of Health Christine Elliott, the premier’s office says. No details have been provided on the topic of the announcement.

The province reported 779 people in hospital with COVID-19, down from 914 this time last week, and 17 more deaths linked to the virus on Tuesday.