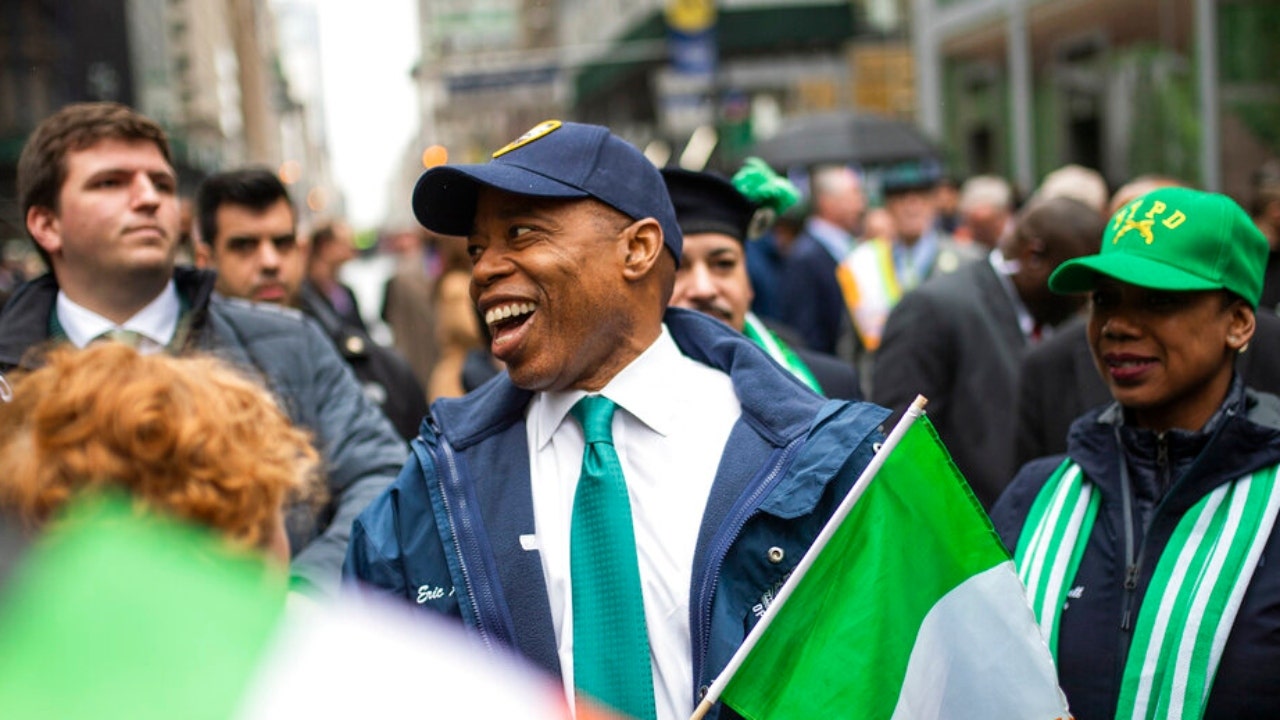 Around 1,400 city employees were fired earlier this year for failing to comply with the city’s COVID-19 vaccine mandate.

Adams said, during a news conference at Citi Field, he did not plan to rehire them.

“Not at this time,” he said, according to The Wall Street Journal, “We are not reviewing if we are going to bring [them] back.”

He also thanked the more than 340,000 city employees who have been vaccinated, recognizing them for “[standing] up and [doing] the right thing.”

The mandate went into effect last year under former Mayor Bill de Blasio – meeting resistance from members of the NYPD.

Also on Thursday, Adams moved to lift the vaccine requirement for athletes and performers, including Brooklyn Nets star Kyrie Irving.

The exemption is effective immediately.

De Blasio had created a loophole exempting players and performers who were not based in New York City from the vaccine mandate, which Adams said he felt was unfair.

“By putting our home teams on [an] equal playing field, we increase their chances of winning and that has a real impact on our city,” he said.

Adams said he would not have made the move if city attorneys had said it wouldn’t stand up to a legal challenge.

Although the mayor dismissed criticism – saying that exemptions for athletes and performers were important to the city’s economic recovery – the city’s largest police union said its officers “don’t deserve to be treated like second-class citizens.”

“If the mandate isn’t necessary for famous people, then it’s not necessary for the cops who are protecting our city in the middle of a crime crisis,” union president Pat Lynch said.

Nevertheless, Adams has been rolling back other pandemic restrictions.

On Tuesday, the mayor said masks could become optional for children under 5 in April and other regulations have already been lifted.

According to The City, coronavirus cases in New York City public schools have risen markedly over the past week, with the prevalence of the omicron sub-variant BA.2 climbing in the Empire State.