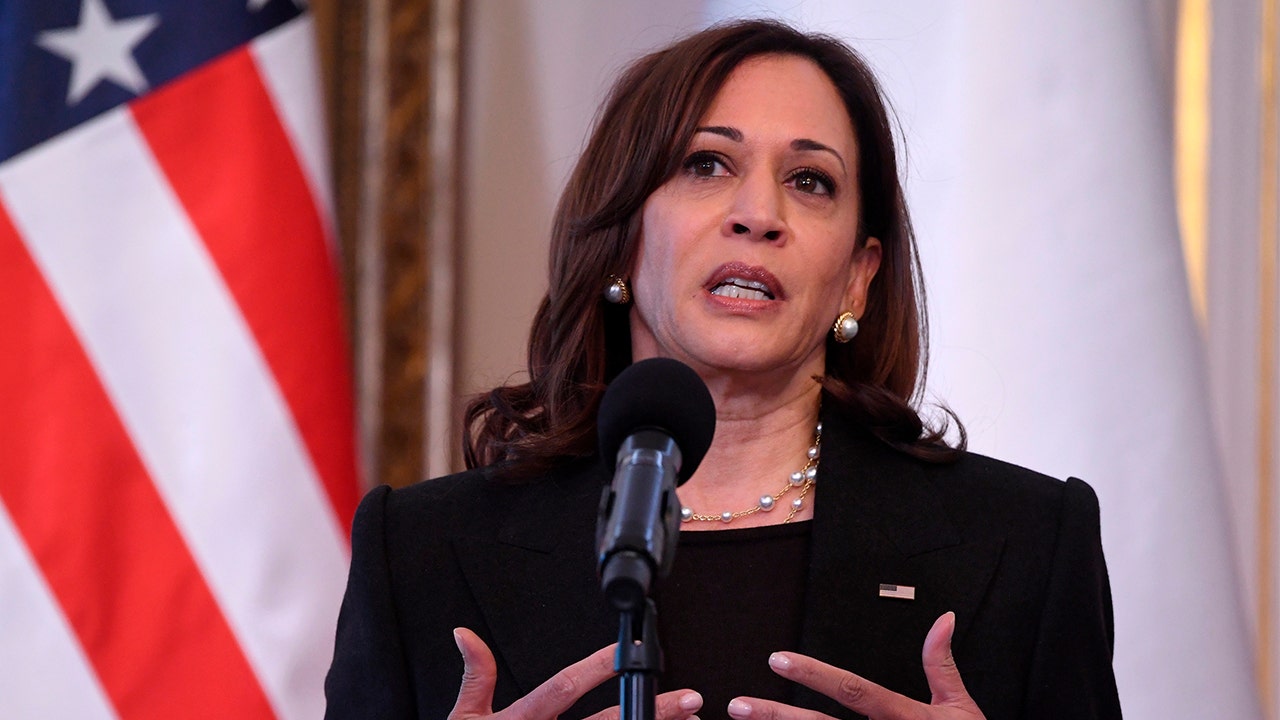 A social media account for Vice President Kamala Harris stated Tuesday in a now-deleted tweet that the United States is supporting Ukraine “in defense of the NATO alliance,” which the Ukraine is not a part of.

“When I was in Poland, I met with U.S. and Polish service members, thanking them for standing with our NATO allies for freedom, peace, and security,” a tweet from the @KamalaHarris account stated. “The United States stands firmly with the Ukrainian people in defense of the NATO alliance.”

The remarks made in the tweet, which featured a photo of Harris greeting American and Polish service members, come on the heels of similar statements she made while addressing House Democrats over the weekend at the Democratic National Committee’s (DNC) winter meeting in D.C.

“Russia’s invasion threatens not just Ukraine’s democracy, it threatens democracy and security across Europe,” Harris said. “So I will say what I know we all say, and I will say over and over again: The United States stands firmly with the Ukrainian people in defense of the NATO alliance.”

Those remarks prompted the White House to alter the transcript from the event, adding “[and]” to make it appear that she said the United States supports Ukraine and defends surrounding NATO countries.

According to a spokesperson from Harris’ office, the account that issued the tweet is controlled by the DNC.

“The ‘and’ was omitted by accident, so we took it down and reposted with the correct remarks,” the DNC said in an emailed statement to Fox News.

BIDEN TO ANNOUNCE $1 BILLION IN MILITARY AID TO UKRAINE

A new version of the tweet posted Tuesday night now reads: “When I was in Poland, I met with U.S. and Polish service members, thanking them for standing with our NATO allies for freedom, peace, and security. The United States stands firmly with the Ukrainian people and in defense of the NATO alliance.”

The North Atlantic Treaty Organization plays no formal role in Russia’s war with Ukraine, but Harris’ messaging could be sending signals to Russian officials who have long been uneasy about Ukraine joining the alliance.

Rebekah Koffler, a former DIA intelligence officer and author of “Putin’s Playbook: Russia’s Secret Plan to Defeat America,” told Fox News Digital that the tweet from Harris’ account “simply confirmed to the Russians what they suspected all along – and that is that Ukraine is de facto already halfway into NATO.”

“The Russians already believe that Ukraine already has one foot in NATO,” Koffler said. “This is why Putin launched an attack on Ukraine at this time. Russia views NATO and the U.S. as its top security threat because it’s a military alliance, which has been broadening its membership to include former Soviet states.”

Koffler said Putin “drew a red line on Ukraine” because he feared it would join the NATO alliance and become a stronger force.

“The Kremlin has observed, accurately, that the U.S. has been pursuing a bipartisan policy that aims to prevent Russia from emerging as a dominant power in Eurasia,” Koffler said, noting a once-classified policy.

“Russia and the U.S. are on a geopolitical collision course because the two are fighting for control of the post-Soviet space in Eurasia,” Koffler added. “Our interests are irreconcilable, as defined by Moscow and Washington. Putin has acted now because he knows that if Ukraine became a NATO member, then it would be too late for him to rebuild a security perimeter around Russia, which it lost after the collapse of the USSR.”