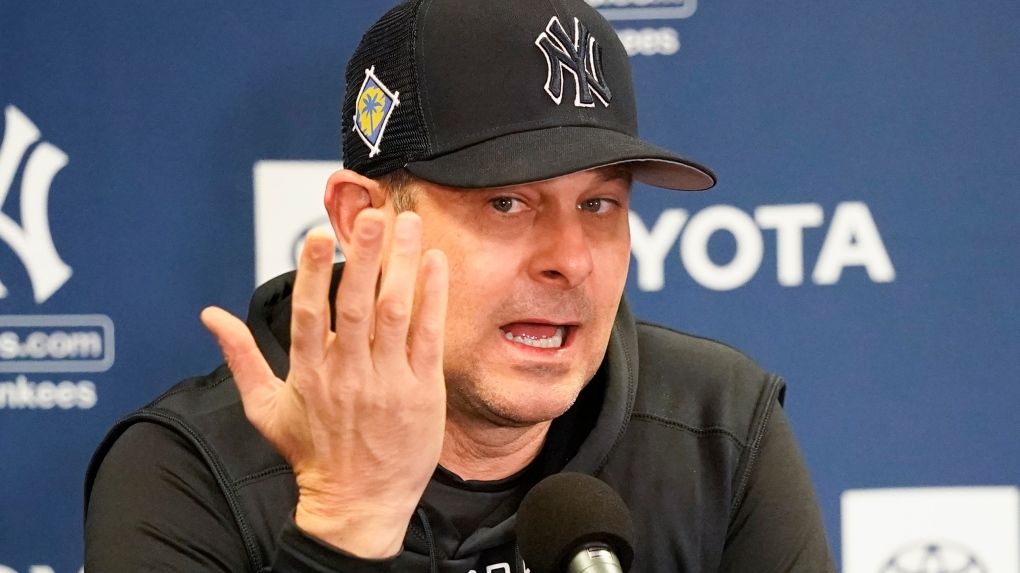 
New York Yankees manager Aaron Boone is concerned about the roster impact stemming from rules that Major League Baseball players who aren’t vaccinated against the coronavirus won’t be allowed to travel into Canada to face the Blue Jays in Toronto.


Canada’s government requires a person must have received a second vaccine dose — or one dose of Johnson & Johnson — at least 14 days prior to entry.


“It will be interesting, to say the least how that situations unfolds,” Boone said Sunday. “I think we still have a few guys at least that aren’t vaccinated, so we’ll be monitoring that situation closely and see how that plays out. But yeah, it’s an concern.”


The Yankees make their first trip to Toronto for a three-game series that begins May 2 against their AL East rivals.


“The parties have agreed that any player who, as a result of such a governmental regulation is unable or ineligible to play in a championship season game (or games) due to his vaccination status will be ineligible for placement on the COVID-19 IL, but rather may be placed on the restricted list … without pay or the accrual of credited major league service, during such period of unavailability,” according to a letter from players’ union deputy general counsel Matt Nussbaum to MLB senior vice president Patrick Houlihan, a copy of which was obtained by The Associated Press last week.


The letter says the agreement covering unvaccinated players and travel to Canada expires at the end of the 2022 season.


“It’s definitely a personal decision,” Boone said. “Now, if it’s something that becomes an issue, yeah I would have conversions with guys. But ultimately it’s something that I do look at as a personal choice. I understand it’s one of those things that’s kind of polarized us unfortunately as a nation, as a world.”


With the 99-day lockout ending Thursday with a new collective bargaining agreement, spring training will be about two weeks shorter than normal.


“There’s urgency that exists with the calendar that’s going to create some pressure to want to get ready and I think that can be a really good thing,” Boone said.


Boone was not allowed to talk to players during the lockout, calling that situation awful. After a deal was reached last Thursday, Boone wasted no time in making contact.


“I kind of sat in my basement that first night and probably talked to 20, 25 guys in that first couple hours just to touch base with them, first and foremost to hear their voice and say `Hi’ and see how they’re doing,” Boone said. “It was really odd not being able to communicate.”