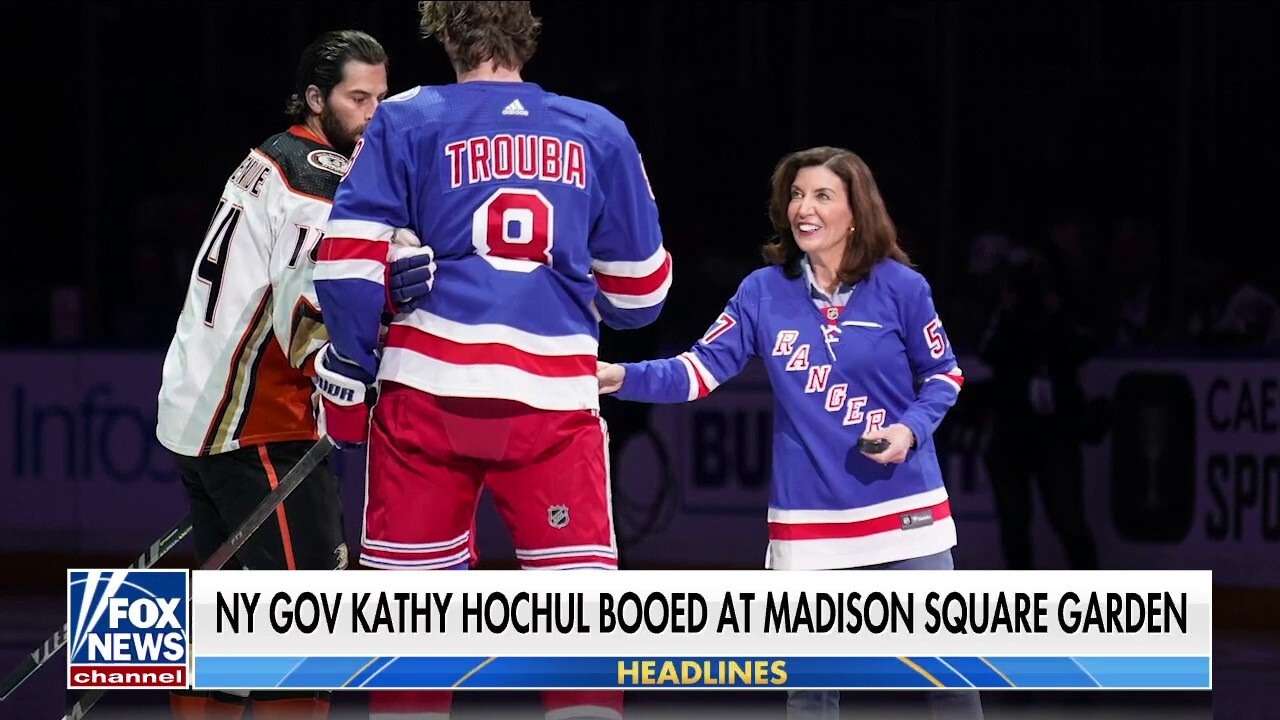 “NY Rangers fans are ready to FIRE Kathy Hochul and are ALL IN to Save Our State! Losing is not an option,” Republican Rep. Lee Zeldin, who is also running for governor, said on Twitter.

CHICAGO MAYOR LIGHTFOOT DROWNED OUT BY BOOS AT UNION FUNDRAISER

“Tonight, we would like to salute Gov. Kathy Hochul, the first female governor of New York state. Gov. Hochul began her career in public service in the greater Buffalo area, served in Congress and was twice-elected lieutenant governor,” the announcer at Madison Square Garden said Tuesday evening ahead of Hochul’s puck drop.

ROMNEY BOOED WHILE ON STAGE AT UTAH GOP CONVENTION

The arena erupted with boos and jeers against the governor as she was introduced and walked to the ice wearing a Rangers jersey.

“A champion of women’s rights and leader of the great state of New York, please welcome Gov. Kathy Hochul,” the announcer said as the jeers continued.

Social media commentators reacted to clips of the video calling it “humiliating,” “very richly deserved” and “hardly surprising.” Others took issue with the governor for her coronavirus policies and restrictions.

Some condemned the booing, which came during the celebration of Women’s History Month, saying it was an instance of “misogyny.”