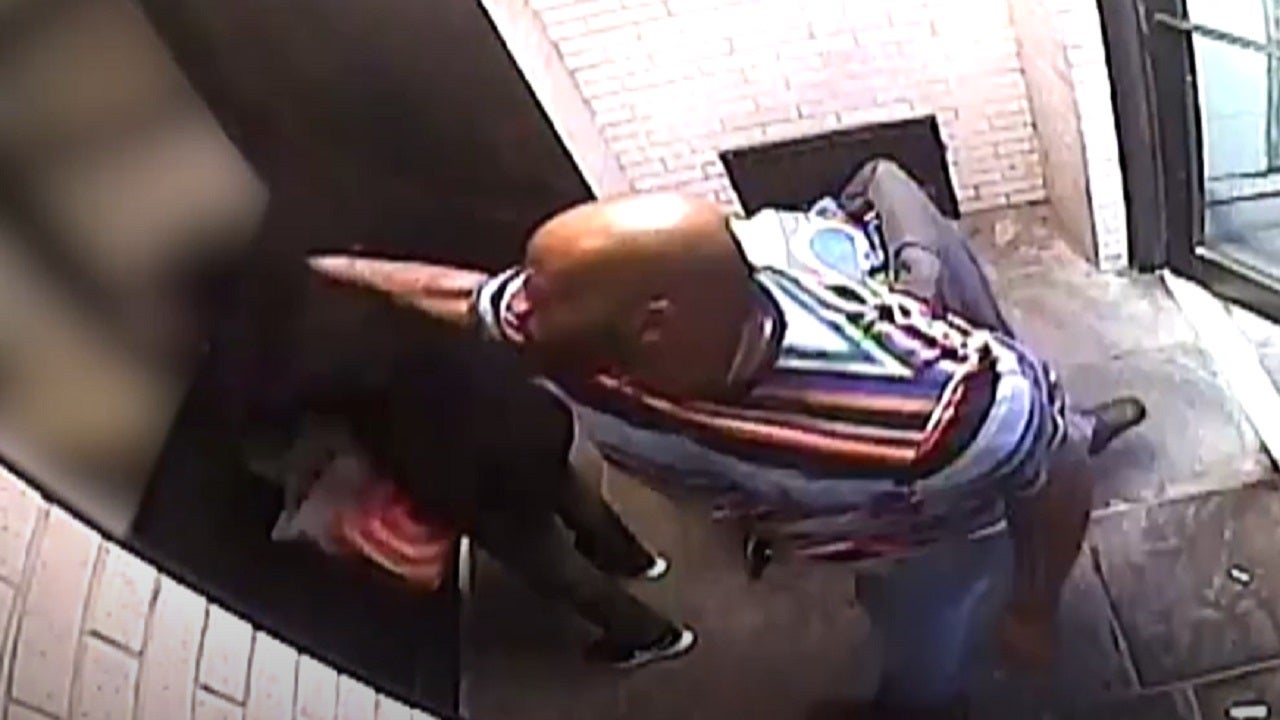 An elderly Asian American woman in New York was attacked by a man who called her an “Asian b—-,” punched her more than 125 times, and foot-stomped her in a brazen hate crime assault that was caught on video, police said Monday.

Yonkers Police Commissioner John J. Mueller called it “one of the most appalling attacks” he had ever seen.

The woman, 67, was walking into her Yonkers, New York, apartment building just after 6 p.m. Friday when she spotted the suspect and passed him, the Yonkers Police Department said. He allegedly called her an “Asian b—-” as she walked by.

The woman ignored him and kept walking, cops said. She entered the building’s vestibule pushing a cart full of items and was in the process of opening the door into the lobby when the suspect also entered.

Chilling video from inside the vestibule shows the man calmly approach her from behind and swing his right hand, punching the woman in the head and sending her crumbling to the ground.

He proceeds to punch her repeatedly and without pause – alternating between his left and right hands – as the victim lies on the tile, the video shows. He allegedly punches his victim in her head and face continuously over the course of a minute.

The brute then begins to foot-stomp the woman – and does so seven times – and spits on her, according to police and the video.

The suspect then left the vestibule, but remained in front of the building, police said. Several people called 911 and the attacker – 42-year-old Tammel Esco – was arrested. He was charged with attempted murder as a hate crime and second-degree assault as a hate crime.

The victim suffered broken bones in her face and bleeding in the brain, as well as several cuts and bruises to her head, according to authorities. She is being hospitalized in non-life-threatening condition.