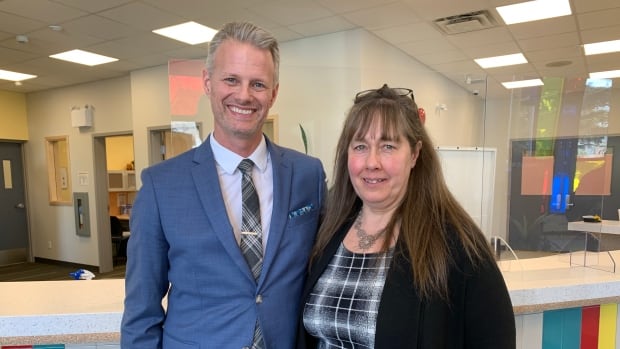 Alberta’s premier says he wants to see a “flowering” of new charter schools across the province after loosening the rules for their creation.

Jason Kenney said he doesn’t have a target number of charter schools in mind, but he wants to make it easier to meet parent demand.

“If we were to see a significant increase in additional charter schools or expansion of existing schools, we want the system to be flexible enough in its funding and administration to support that,” he said at a news conference at Edmonton’s Aurora Academic Charter School.

Kenney, along with his education and infrastructure ministers, talked up the funding set aside in the proposed 2022-23 provincial budget for the capital expenditures for and operation of charter schools.

The move drew ire Tuesday from advocates of public education, who say funding public schools should be the government’s focus.

The chair of Edmonton’s public school board called for public funding to charter schools to end.

There’s $27 million in the proposed 2022-23 budget for buildings and leases for charter schools and vocational collegiates, and $6 million for additional operating and startup costs, with a promise of more dedicated dollars in the next two years.

Since the United Conservative Party began the changes in 2019, two new charters have opened, bringing the number of operating schools to 15. Organizers have proposed at least two more.

The province also wants charters to consider forming “hubs” or campuses, where multiple schools could cluster together and share gymnasium space or sports fields, Kenney said.

One of the schools to receive new capital funding is Aurora, Education Minister Adriana LaGrange said. Since its inception 27 years ago, the K-9 school of 864 students has aimed to offer high school classes.

The government will help Aurora find building space to lease to make that happen this fall, LaGrange said.

It’s gratifying news for Ian Gray, Aurora’s superintendent. Since 2007, the school has operated out of an adapted public school building, and Gray said space is tight.

There are 3,000 names on the school’s waiting list, he said.

When he was principal, “parents would come and they’d beg; they would beg to get in,” he said.

He’d like to find another campus for some of the K-9 students, so Aurora could grow to accommodate demand, he said.

Parents say constantly they wish their children could stay in their school beyond Grade 9, said board chair Arlene Huhn. When the school finds a suitable space, Grade 10 classes will start in September, Huhn said.

However, public education advocates were frustrated by Tuesday’s announcement. There is an ongoing clash about whether charter schools should be considered “public.”

Trisha Estabrooks, chair of the Edmonton Public School Board, said it “stings a little bit” to see her large, and fast-growing division be shut out of new school construction funding for two consecutive years while charter schools get money to grow.

Even with two new high schools in south Edmonton, the division projects a demographic bulge of teens overflowing those classrooms by 2027.

When the Ralph Klein government created charters in 1994, they were supposed to be incubators to test approaches that could be incorporated into public schools, Estabrooks said.

“I think it’s an experiment, quite frankly, that’s run its course,” she said. “I would like to see the end of publicly funded charter schools.”

The Alberta Teachers’ Association (ATA), Public Interest Alberta and the Opposition NDP all decried the investments.

“Government funding to expand charter schools is simply an effort at privatization at the expense of our public education system,” ATA president Jason Schilling said in a statement.