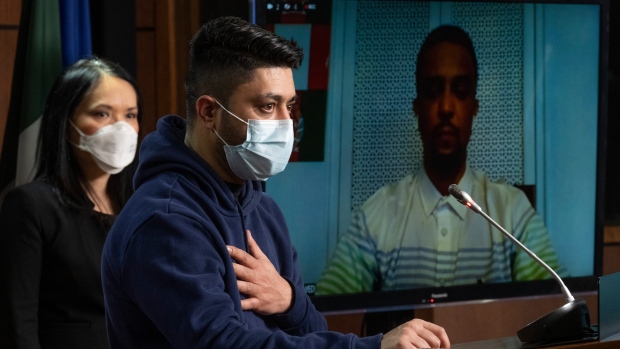 The New Democrats are pleading for the government to speed up the immigration process to allow extended family members of Afghan interpreters fleeing the Taliban to come to Canada.

NDP immigration, refugees, and citizenship critic Jenny Kwan was joined by former interpreters on Wednesday to call on Immigration Minister Sean Fraser to reduce application barriers and speed up processing as their families face escalating threats.

There are special immigration pathways open to Afghans who assisted the government either through the Canadian Armed Forces’ Kandahar mission or local staff who currently or used to work at the Embassy of Canada to Afghanistan.

The Liberals extended the pathways to certain immediate family members who were in Afghanistan on or after July 22, 2021, when the program started.

After increased pressure from interpreters and opposition politicians, the government announced last November that extended family members would also be eligible to come to Canada through an expedited process.

Extended family members must be: an Afghan national, be outside of Canada at the time of their application, be defined as a child, grandchild, parent, grandparent, or sibling of an interpreter, and have a signed statutory declaration from their relative in Canada.

Interpreters on Wednesday said of the approximately 300 that have used the new pathway since it opened on Dec. 9., not one extended family member has arrived to Canada.