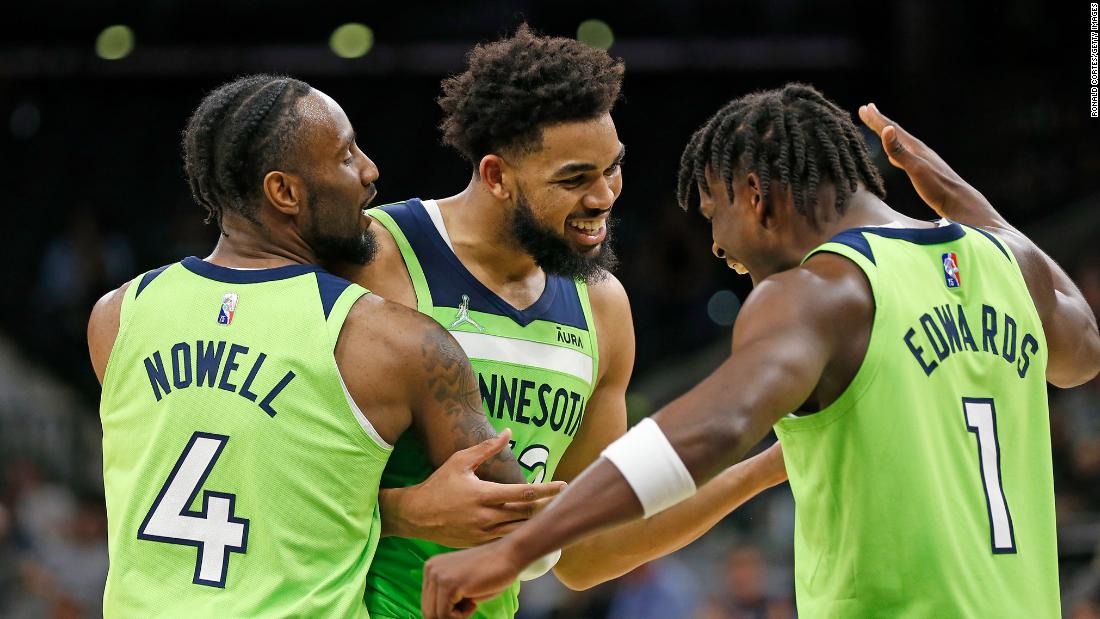 Towns scored 60 points in the Minnesota Timberwolves’ 149-139 win over the San Antonio Spurs on Monday.

Adding 17 rebounds to his night, the 26-year-old joined esteemed company — alongside Karl Malone, Shaquille O’Neal, Michael Jordan, James Harden and Wilt Chamberlain — in becoming the only players in NBA history to finish a game with 60 points and 15 rebounds.

He finished with 19-for-31 overall shooting and was 7-for-11 on three-pointers. His 60 points is also a Minnesota franchise record, as well as a career-high for Towns, surpassing his previous record of 56.

The Timberwolves are embroiled in a hot playoff race in the Western Conference, and Towns said he understood the importance of the game beforehand, something he expressed to head coach Chris Finch.

The win leaves Minnesota 1.5 games behind the Denver Nuggets for sixth place in the Western Conference playoff standings.

Towns’ scoring outburst came on an evening of big scores around the league.

Curry’s 47 points came on his 34th birthday, the fourth most points by a player on their birthday in NBA history behind Shaquille O’Neal (61 on his 28th birthday), Dominique Wilkins (53 on his 27th birthday) and LeBron James (48 on his 25th birthday).

Monday’s scoring glut was the first time in league history that there were three players to score 45 points or more points in three different games during the regular season.