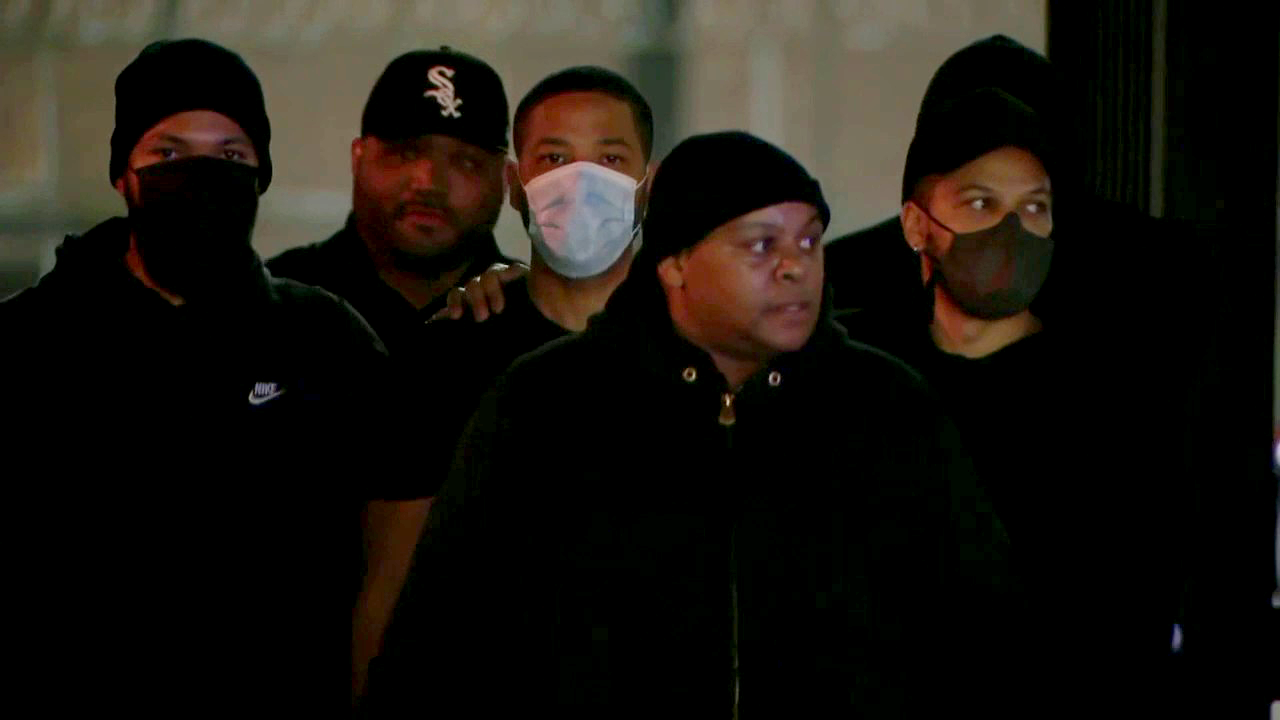 Jussie Smollett was released from jail Wednesday after a court gave the OK pending an appeal of his conviction.

Smollett was seen getting into an SUV after he was released from Cook County Jail in Chicago, Illinois, where he spent six days behind bars. He walked out surrounded by security and did not comment as he entered the awaiting vehicle.

Smollett’s attorney, Nenye Uche, told reporters outside the county jail that he informed the actor of the news while separated by glass due to COVID-19 protocols.

“He pushed his hands on the glass, and he was, his eyes got teary. I’ve never seen that because he’s been really strong in there,” Uche said. “He nearly lost hope in our constitutional system.”

Jussie Smollett is pictured here as he is released from Cook County Jail March 16.
(WFLD)

“He was shocked. I think he had nearly given up,” Uche added.

Earlier Wednesday, a court ordered the release of Smollett from jail on bond with his appeal of his conviction pending.

Smollett was recently sentenced to 150 days in jail after he was convicted of lying to Chicago police about being the victim of a hate crime in 2019. The “Empire” actor was convicted on five felony counts of disorderly conduct for lying to police.

On Wednesday, an appeals court, in a 2-1 decision, said Smollett could be released after posting a personal recognizance bond of $150,000, meaning he doesn’t have to lay down money but agrees to show up for court as required.

A court ordered Smollett’s release from jail as the actor is set to appeal his conviction.
(WFLD)

Following his release, Uche held a press conference, stating that the family is “very, very happy.”

Uche criticized the special prosecutor’s decision to charge Smollett a second time after the initial charges were dropped by Cook County State’s Attorney Kim Foxx and Smollett paid a fine. “It is unconstitutional to charge someone twice,” Uche said, explaining that Smollett had initially paid a $10,000 fine and did community service.

“Some people might think Mr. Smollett is guilty, but I disagree,” Uche added. “The judge spent a great deal of time chastising and berating my client. … Not happy with that. … I’m not playing politics.”

In a statement to Fox News Digital on Wednesday, Tina Glandian of Geragos & Geragos, who is also representing Smollett, said: We are gratified that Jussie will be back with his family and loved ones and look forward to a dispassionate review and reversal of the serial injustices visited upon him.”

During his sentencing, Smollett maintained his innocence.

“I did not do this, and I am not suicidal, and if anything happens to me when I go there, I did not do it to myself, and you must all know that,” Smollett said during his sentencing hearing.

A judge sentenced Jussie Smollett to 150 days in jail March 10, 2022, branding the Black and gay actor a charlatan for staging a hate crime against himself while the nation struggled with wrenching issues of racial injustice.
(Cook County Sheriff’s Office via AP, File)

“Your honor, I respect you, and I respect your decision, but I did not do this, and I am not suicidal,” Smollett said at his sentencing. “If anything happens to me when I go in there, I did not do it to myself, and you must all know that.”

Smollett, who is Black and gay, reported to Chicago police that he was the victim of a racist and homophobic attack by two men wearing ski masks in January 2019. The manhunt for the attackers soon turned into an investigation of Smollett and his arrest on charges that he’d orchestrated the attack and lied to police about it.