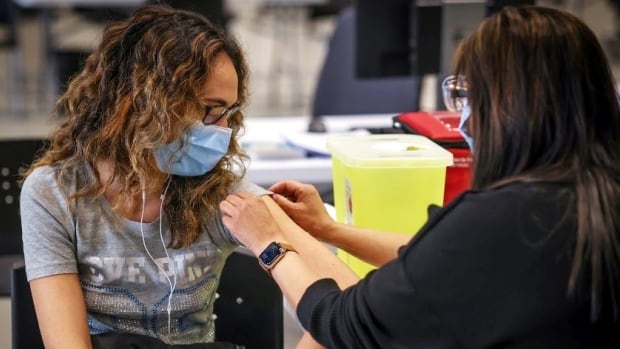 Some doctors and scientists are warning that Alberta’s sixth COVID-19 wave has already begun despite a message from government that it’s too early to say for sure.

Several key COVID metrics, including positivity rates and wastewater levels, are starting to tick up again a month after the province lifted virtually all remaining public health measures.

“The numbers are not good,” said Dr. Noel Gibney, professor emeritus of critical care medicine at the University of Alberta.

“We’re in the very early phase of the sixth wave. Many other provinces are. The difference is they’ve admitted it.”

New hospitalization rates are starting to rise again, too, and the trends are a big concern for Gibney.

On Wednesday, Health Minister Jason Copping acknowledged early growth in Alberta’s positivity rates and wastewater data. But, he said, it’s too early to tell if the sixth wave has started.

“We’re going to have to wait and see. If we look at other jurisdictions around the world and across the country, we have seen an increase in BA.2 — an increase in cases. What remains to be seen is how big that wave will be and then what the impact will be on our health-care system,” he said.

“Our wastewater data is one of the leading indicators. We are seeing a slight uptick, initial uptick, particularly in Calgary and Edmonton. But there’s high variability in that so we’re going to have to watch over the next days and weeks to see whether or not that is going to continue to rise.”

The BA.2 subvariant, which now accounts for 70 per cent of lab confirmed cases in Alberta, is more transmissible than the original Omicron variant (BA.1).

“What I’m seeing now is very similar to what I’ve seen in March of last year and then in summer and then before Christmas,” she said.

“We see this undergrowth wave of new variant,” she said.

This is how waves begin, she said. They aren’t obvious at first because the new variant begins growing exponentially as case numbers for the old variant drop. And the numbers are quite small at first.

But, Gasperowicz said, the upward trajectory is clear.

According to Gasperowicz, that is the more likely scenario, but a more optimistic prediction, with a slower doubling time, would push the peak into late May or mid-June. She’d like to see mask mandates and other measures such as widespread PCR testing and contact tracing reinstated.

Gibney said Albertans need to be prepared for what’s to come.

“This is coming down the road,” he said. “This sixth wave is going to be a rockier wave, unfortunately I think, than the fifth wave that we’ve just been through.”

A key reason for that, Gibney said, is the province’s low third dose uptake. Just 42.8 per cent of eligible Albertans (ages 12 and up) have three doses of the COVID-19 vaccine.

“To stop ending up in hospital, you need three shots,” he said.

“We have a lot of people, unfortunately, who aren’t properly covered that are going to end up in hospital. And it really shouldn’t happen.”