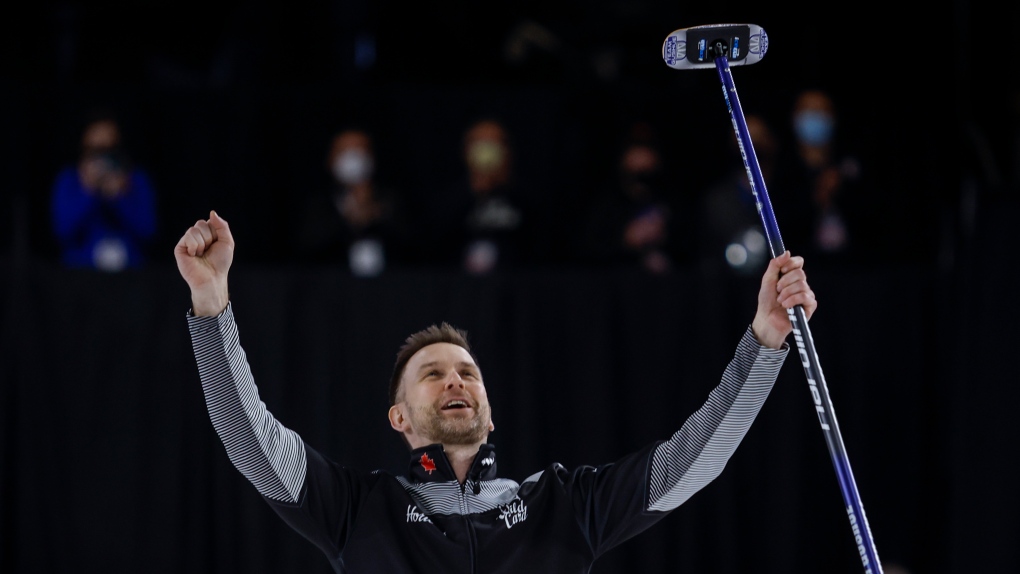 
Gushue made a hit for a single point in the extra end to win the national men’s curling championship for the fourth time in six years.


After a loss in the Page playoff seeding round, they reeled off three straight must-wins – including a 9-3 semifinal victory over Canada’s Brendan Bottcher earlier in the day – before topping Alberta to raise the tankard.


The title came just a few weeks after they won bronze at the Beijing Olympics.


Both teams struggled somewhat at the outset as they tried to figure out the ice at the Enmax Centre. It was unseasonably warm in Lethbridge on Sunday and the 5,900-seat venue was a near-sellout, which may have had an impact on the sheet.


Gallant flashed a stone in the second end that led to a Koe deuce. Alberta vice B.J. Neufeld rubbed guards twice in the third end and Gushue drew for three after a Koe runback missed wide.


A Koe tap for two gave Alberta a 4-3 lead into the fifth-end break.


Gushue picked up his second three-ender of the game in the sixth. Koe cleared one stone on a triple-takeout attempt and Gushue drew the four-foot to regain the lead.


Koe made a hit for two to tie the game in the seventh after Gushue failed to bury a hit-and-roll attempt. Gushue was forced to a single in the eighth and stole a point in the ninth when Koe’s draw was light.


In the 10th end, Gushue made a raise-double that left Koe a hit for two and the tie.


Koe was unable to build for a steal in the extra end. One Alberta stone was on the 12-foot ring and Koe drew his final stone to the four-foot before Gushue cleared it and stuck for the victory.


Gushue’s fourth career Brier title as a skip tied him with Koe, Kevin Martin, Randy Ferbey and Ernie Richardson for top spot on the all-time list.


It’s the first time that a wild-card entry has won the Brier.


Curling Canada first added a play-in game in 2018 with the winner called Team Wild Card. The federation went with three wild-card entries last year due to the pandemic and stuck with the format this season.


Gushue’s team earned $108,000 for the victory and will represent Canada at the April 2-10 world men’s curling championship in Las Vegas.


Gushue will return as Team Canada at the 2023 Brier at the Budweiser Gardens in London, Ont.


This report by The Canadian Press was first published March 13, 2022.