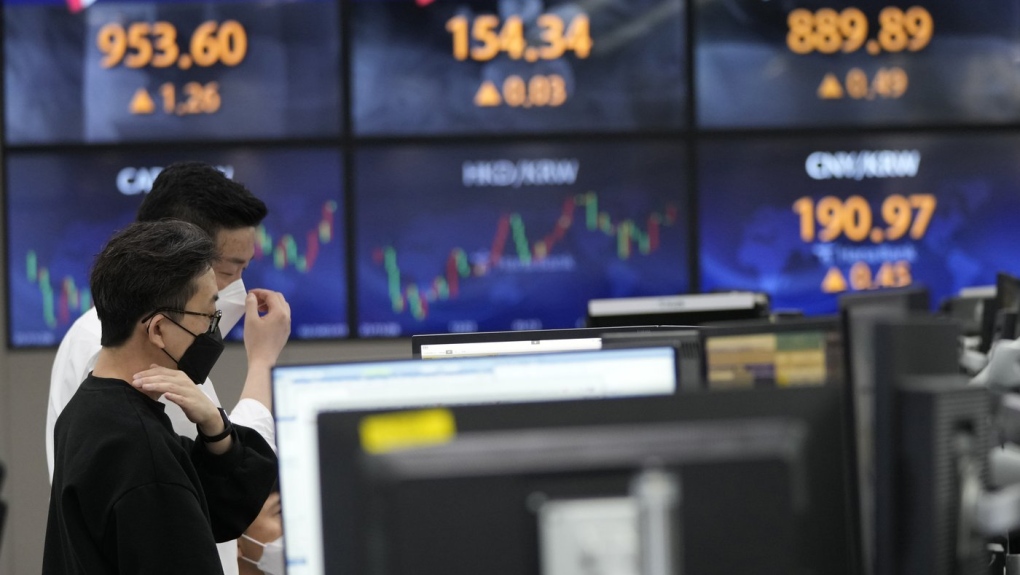 
Global stock markets were mixed Thursday and oil prices jumped another US$5 as Russian forces whose attack on Ukraine has roiled financial markets bombarded the country’s second-largest city and besieged two ports.


The economic fallout from the Russian invasion expanded, with Fitch Ratings and Moody’s Ratings cutting Russia’s credit rating. They said the invasion and Western sanctions have hurt Moscow’s ability to repay debts and raised risks for the economy and stability.


The London Stock Exchange said it had suspended trading in shares of 27 companies with links to Russia, including some of the biggest in energy and steel, such as Lukoil, Gazprom, Sberbank, Rosneft and Magnitogorsk Iron & Steel Works.


In a notice, the exchange said the suspensions reflected recent financial sanctions and were made “in light of market conditions and in order to maintain orderly markets.”


Shares in those companies plunged with the start of Russia’s invasion last week.


Trading on the Moscow exchange remained closed Thursday apart from a limited variety of trades rubles and in derivatives and commodities.


In currency markets, Russia’s ruble lost another 15% against the U.S. dollar and worth less than 1 cent. It has plunged since Western governments imposed sanctions that cut off much of Russia’s access to the global financial system.


Wall Street’s benchmark S&P 500 index rose Wednesday after Chair Jerome Powell said the Fed is set to raise its key interest rate. He said he supports a traditional hike of 0.25 percentage points instead of the bigger rise recommended by some policymakers.


Powell said the impact on the U.S. economy of Russia’s attack is “highly uncertain.”


“Markets have reacted positively to the remarks, which is a debatable interpretation of Powell’s nuanced comments,” ING economists said in a report. “Volatility is the key here, and uncertainty. This isn’t going to go away any time soon.”


Share prices have swung widely as investors try to figure out how the Russian attack will affect supplies of oil, wheat and other commodities and the global recovery from the coronavirus pandemic.


Traders already were uneasy about plans by the Fed and other central banks to fight inflation by withdrawing ultra-low interest rates that boosted stock markets.


In energy markets, benchmark U.S. crude rose $3.25 to $113.85 per barrel in electronic trading on the New York Mercantile Exchange. Brent crude, the price basis for international oils, added $3.15 to $116.08 per barrel in London.


Both gains were smaller than Wednesday’s surge of more than $7 per barrel but still unusually wide margins for a daily change.


The United States and other major oil consumers in the International Energy Agency agreed this week to release 60 million barrels from strategic reserves to boost supplies. But that has had little impact on market prices.