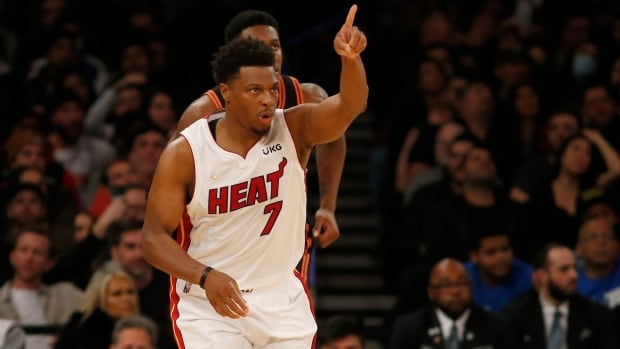 Former Toronto Raptors guard Kyle Lowry took to The Players’ Tribune Friday to pay tribute to his “Toronto family” ahead of his Scotiabank Arena return on Sunday.

“It’s never going to be a wrap between me and this city,” Lowry wrote. “With family, it’s never goodbye.”

Currently a member of the Miami Heat, the 36-year-old left the Raptors after nine seasons with the franchise, first coming over in a trade with the Houston Rockets in 2012.

Because of the COVID-19 pandemic that forced the Raptors to play the end of the 2019-20 campaign in the Disney World bubble and their displacement in Tampa, Fla., during the 2020-21 season, Sunday’s game will be Lowry’s first in Toronto since Feb. 28, 2020.

“I’m excited as hell to play in Scotiabank Arena again, and to hear Raptors fans do their thing again,” Lowry wrote. “I’m excited to be on a court with [Fred VanVleet] and Pascal [Siakam] and OG [Anunoby] again — if [team president] Masai [Ujiri] is big bro, then those are my little bros, and they’re the guys now, they’re taking over.

“And I’m excited to experience that energy of Toronto basketball again.”

During his Raptors tenure, Lowry helped Toronto win its only NBA championship in franchise history in 2019, was named an All-Star for six straight years (from 2015-2020) and became the franchise leader in a number of categories including assists, steals, three-pointers made and triple-doubles.