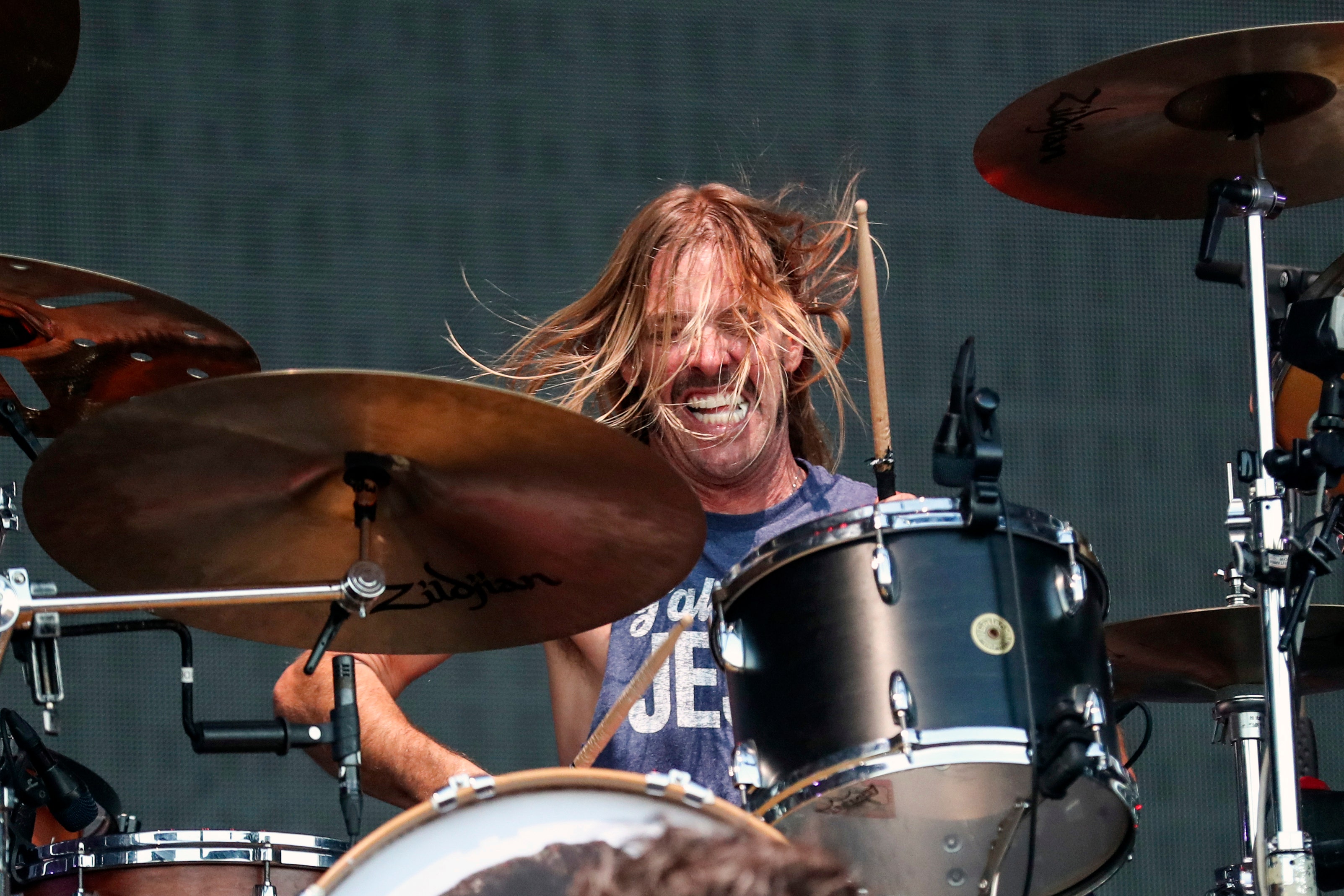 The music community is mourning the loss of Taylor Hawkins.

The Foo Fighters revealed Friday night that the longtime drummer for the rock band has died. He was 50.

There were no immediate details about how Hawkins died, though the band said in a statement Friday that his death was a “tragic and untimely loss.”

“God bless you Taylor Hawkins,” Rage Against The Machine guitarist Tom Morello said on Twitter along with a photo of himself, Hawkins and Jane’s Addiction singer Perry Ferrell. “I loved your spirit and your unstoppable rock power.”

The Smashing Pumpkins tweeted, “Taylor Hawkins 1972-2022. Our deepest sympathies to Taylor’s family, his fans, and of course his band.”

Taylor Hawkins of the Foo Fighters performs at Pilgrimage Music and Cultural Festival at The Park at Harlinsdale on Sunday, Sept. 22, 2019, in Franklin, Tenn. Hawkins, the longtime drummer for the rock band Foo Fighters, has died. He was 50.
(Photo by Al Wagner/Invision/AP, File)

“@TaylorHawkins was truly a great person and an amazing musician,” Ozzy Osbourne wrote. “My heart, my love and my condolences go out to his wife, his children, his family, his band and his fans. See you on the other side – Ozzy.”

Nile Rodgers tweeted, “My heartfelt condolences go out to @foofighters and the family and friends of drummer #RIPTaylorHawkins.”

Blink-182 drummer Travis Barker reacted to Hawkins’ death in an Instagram post. “I don’t have the words. Sad to write this or to never see you again,” Barker wrote in a caption.

Barker recalled Blink-182 and the Foo Fighters touring together in Australia. “I have the best memories of smoking cigarettes in the restroom of flights we were on together and watching your set every night. To say I’ll miss you my friend isn’t enough. Till the next time we talk drums and smoke in the boys room … Rest In Peace,” Barker’s post concludes.

Queen guitarist Brian May expressed his disbelief, writing, “No. It cannot be …. Bri.”

“What an incredible talent, who didn’t also need to be so kind and generous and cool but was all those things too anyway,” tweeted Finneas, Billie Eilish’s brother, co-writer and producer. “The world was so lucky to have his gifts for the time that it did.”

Paul Stanley of the band Kiss wrote that he was “speechless and gutted.”

“Taylor was a great guy, a dad and a husband. My heart goes out to them, Dave and the band. What awful news,” a tweet from Stanley reads.

“In utter disbelief at the news of Taylor Hawkins,” wrote the band Nickelback. “Our deepest condolences to his family, his bandmates, his team, his friends and everyone that was ever touched by the music he created.”

Slash wrote: “Devastated by the loss of our friend #TaylorHawkins I’ve no words to express all the feelings I have about his passing. But my heart goes out to his family. & his band & friends. RIP Taylor.”

Gene Simmons said he was”shocked and saddened” to hear the news. “Our prayers and condolences go out to the Hawkins family, ⁦@foofighters⁩ friends and fans. Sad.”

Born Oliver Taylor Hawkins in Fort Worth Texas in 1972, Hawkins was raised in Laguna Beach, California. He played in the small Southern California band Sylvia before landing his first major gig as a drummer for Canadian singer Sass Jordan. He then spent the mid-1990s as the touring drummer for Alanis Morissette before Grohl asked him to join the Foo Fighters.

Taylor Hawkins of Foo Fighters performs onstage at the after party for the Los Angeles premiere of “Studio 666.”
(Rich Fury)

It’s the second time Grohl has experienced the death of a close bandmate. Grohl was the drummer for Nirvana when Kurt Cobain died in 1994.

Hawkins is survived by his wife Alison and their three children.

The Associated Press contributed to this report