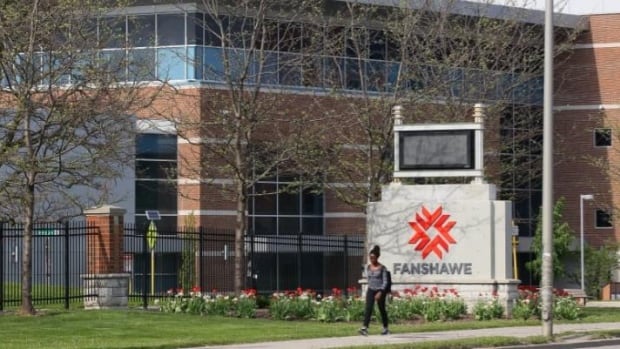 Fanshawe College students have had interruptions to their school year due to the pandemic, but come Friday, classes could grind to a halt if faculty hit the picket lines.

The union representing some 16,000 Ontario college faculty members threatens to walk off the job at the end of the week if their demands aren’t met.

The college faculty bargaining team said in an open letter to college presidents that a strike can be avoided if a mutually-agreed arbitrator was to takeover the negotiations and decide the outcome independently. If not, they’ll be picketing as early as Mar. 18.

“I would hope that something will happen between now and Friday,” said the president of OPSEU Local 110, Darryl Bedford, who represents Fanshawe employees. “Things can happen quickly, and I think they should happen quickly. We are at a point of impasse.”

The impending strike, which would include professors, counsellors, librarians and instructors, won’t just affect Fanshawe’s 21,000 students. It will impact students at 24 other colleges across Ontario that OPSEU represents.

Bedford explained that the issues being disputed have to do with things like the workload, work being contracted out, and precarious employment, since he says 72 per cent of the educators have to apply for their posts each semester.

*UPDATE FROM THE BARGAINING TEAM*<br><br>Dear Faculty,<br><br>Today, 3 months after starting work-to-rule action, we are setting a strike deadline in an effort to compel the CEC and the College Presidents to do either of the two things they have refused to do since bargaining began: <br><br>1/3 <a href=”https://t.co/JXlLyJgFO0″>pic.twitter.com/JXlLyJgFO0</a>

“The unions proposed that we go to binding interest arbitration, and I think that’s a very reasonable way to break the impasse, eliminate any possibility of a lockout or strike, and give students the peace of mind right now,” said Bedford.

Graham Lloyd, the CEO of the College Employer Council, who OPSEU is negotiating with, says that he’s willing to get an arbitrator but wants an all or nothing approach, putting both offers on the table in their entirety and having the arbitrator choose one.

Alternatively, OPSEU is interested in an arbitrator going through five or six issues and picking and choosing what makes sense between the two parties, instead of looking at the whole offer.

Danielle Bird, a third-year student at Fanshawe, is worried about a strike happening and continuing over an extended period since her graduation is a month away.

“I feel like if it was just a week, we’d probably be able to make up that week and be able to graduate on time somewhat,” she said.

“But if it goes any longer than that, we’re looking at going into the summer and continuing our education through the summer, which is not ideal for most people as we are planning to start our careers in the next month or so.”