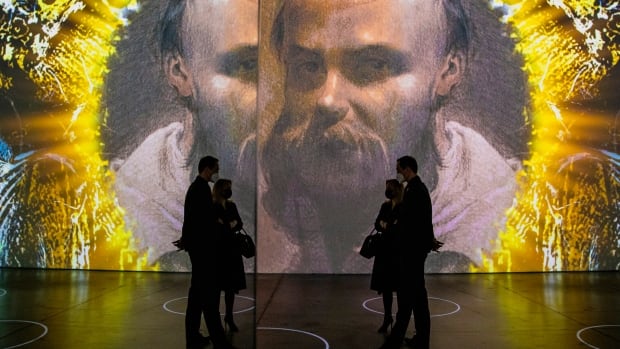 Since Russia’s invasion of Ukraine began on Feb. 24, many Canadian businesses, individuals and charitable organizations have come up with creative ways to support Ukrainians affected by the war, from exhibits to benefit concerts to redirecting charity energies to relief efforts.

Here’s a look at some of the events.

Violinist Gloria Verhovsky waits to take the stage during a fundraising concert in support of Ukraine, held at Lithuanian House, in Toronto on March 11.

Members of the Ukrainian Canadian community in Dieppe, N.B., make traditional perogies to raise funds for humanitarian relief on March 10.

Volunteers at the Assumption of the Blessed Virgin Mary Ukrainian Catholic Parish in Calgary roll up their sleeves and roll out dough to raise donations to help their loved ones in Ukraine on March 5.

Members of the Ukrainian Seniors’ Centre in Sudbury, Ont., make perogies and cabbage rolls this month to support humanitarian efforts in Ukraine.

Cabbage rolls are prepared at the Victoria Ukrainian Cultural Centre for a monthly food sale on Feb. 24, following the Russian invasion of Ukraine.

A pasta fundraising at Dom Polski hall in Windsor, Ont., raised more than $15,000 on March 5 for a village in Poland taking in refugees. Dom Polski is the Polish club of Windsor.

A special service was conducted March 5 at the Ukrainian National Federation in Regina, with many items donated as part of humanitarian aid and support for Ukraine.

In Edmonton, a message is seen attached to clothing to be sent to Ukraine, during a visit by Alberta Premier Jason Kenney at a warehouse of supplies destined for relief efforts in Ukraine on March 6.

Volunteers sort donated items at the Ukrainian Orthodox Cathedral in Ottawa as the Ukrainian Canadian Congress collects items for humanitarian aid packages to send to Ukraine on March 5.

Donations are collected and organized inside the Ukrainian Orthodox Church of Sainte-Marie-la-Protectrice in Montreal on March 10.

Canadian Forces personnel load lethal and non-lethal aid to be sent to Ukraine, on a transport aircraft bound for Poland on March 7.