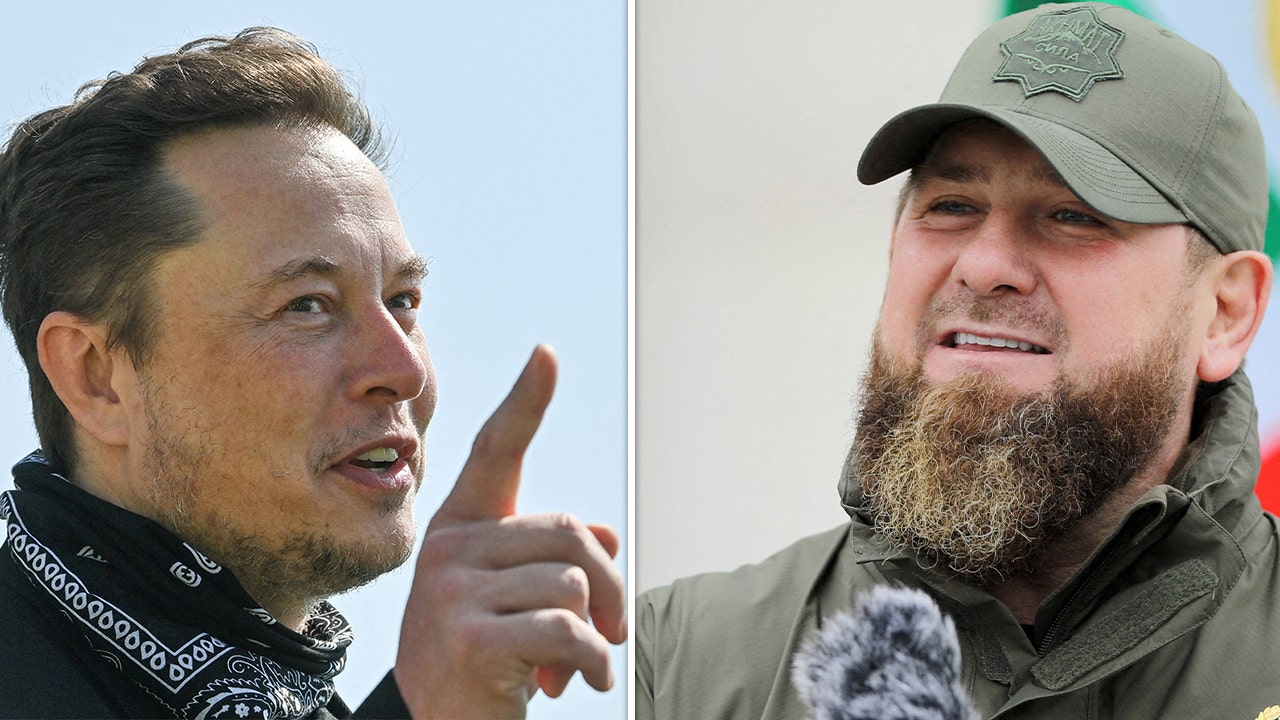 Sviatoslav Yurash reacts to a report that argues Russia has 14 days of manpower left on ‘Kennedy.’

Tech billionaire Elon Musk doubled down on his challenge to duel Vladimir Putin of Russia in “single combat” for the fate of Ukraine Tuesday while ribbing Chechen leader Ramzan Kadyrov, a Kremlin ally and fearsome militant who called the world’s richest man “effeminate.”

“You’ll need to pump up those muscles in order to change from the gentle (effeminate) Elona into the brutal Elon you need to be,” Kaydrov wrote on the Russian social mediate platform Telegram.

In response to Musk’s challenge, Kadyrov invited the SpaceX and Tesla founder to the Chechen Republic for training on firearms, martial arts and how to “monitor and update your social network accounts,” according to a translation of his Telegram post Musk tweeted Tuesday.

Without the training, Putin would appear “unsportsmanlike when he beats the hell out of” Musk, who Kadyrov called “a much weaker opponent.”

The solution, he suggested, would be to train at the “Russian Special Forces University,” which he claimed “beat U.S. special forces in 2015 like it was nothing.” Or to attend the Akhmat Fight Club, where he could toughen up both physically and mentally, gaining “nerves of steel.” The third option, Kadyrov suggested, would be to learn about American “black PR” and social media management at the Grozny Chechen State Television and Radio Broadcasting Company.

“You will return from the Chechen Public a completely different person Elona, that is, Elon,” Kadyrov concluded.

After Kadyrov’s message, Musk changed his name on Twitter to “Elona Musk.” He also tweeted a photo of himself firing off the $500 flamethrower he had manufactured by The Boring Company in 2018alongside a digitally altered photo of Putin riding a bear through a river.

“Thank you for the offer, but such excellent training would give me too much of an advantage,” Musk replied. “If he is afraid to fight, I will agree to use only my left hand, and I am not even left-handed.”

Musk has been vocal since the start of Putin’s invasion of Ukraine, calling on the Biden administration to green-light increased domestic oil production even though it would ostensibly hurt his business as the country’s leading manufacturer of electric vehicles.

Russian President Vladimir Putin listens to a journalist’s question during a joint news conference with Hungary’s Prime Minister Viktor Orban following their talks in the Kremlin in Moscow, Russia, Tuesday, Feb. 1, 2022. Putin says the U.S. and its a (Yuri Kochetkov/Pool Photo via AP / AP Newsroom)

He also sent SpaceX’s Starlink equipment to Ukraine and launched dozens of new satellites to get around an internet blackout and keep the country’s occupants connected and able to communicate in and out of their besieged homeland.

Then on Monday, he challenged Putin to a duel.

In the weeks since Russian forces entered Ukraine on Feb. 24, their military advance has stalled while strikes on civilian targets have increased – taking out hospitals, apartment buildings and civilians buses.

Putin’s strategists appear to have underestimated the Ukrainians’ will to fight. Meanwhile defense forces continue to take out Russian military vehicles.

Among the Kremlin-aligned casualties were members of a Chechen “hit squad” sent into Ukraine on a mission to assassinate President Volodymyr Zelenskyy, who has defiantly remained in the capital, Kyiv. Ukrainian authorities said they thwarted the attempt and “eliminated” the Chechen troops.

The U.S. is expected to announce hundreds of millions of dollars in additional security aid for Ukraine Wednesday.