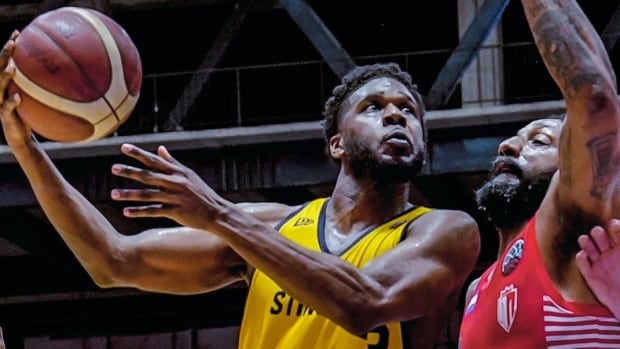 Edmonton was outscored 58-27 in the second half as Real Estelí came storming back to claim its second straight win in front of cheering home fans in the capital city of Managua.

Edmonton was coming off a tough 93-55 loss to Cangrejeros of Puerto Rico on Saturday. They went 1-1 to kick off the BCLA season in December, losing to Cangrejeros before beating Real Estelí.

The season features 12 top teams representing seven countries, with the Stingers being the lone Canadian squad. Teams are divided into four groups for the 36-game group stage, and the top two teams from each group will advance to the quarter-finals on April 6.

Edmonton is last in its group, while Cangrejeros (3-1) sits in first ahead of Real Estelí (2-2), who beat Cangrejeros 82-78 on Friday.

The Stingers will play Cangrejeros on March 14 at 9:30 p.m. ET before facing Real Estelí two days later at the same time. Both games will be streamed live on CBC Gem, the CBC Sports app and CBC Sports’ website.

The BCLA champion will earn a spot at the 2023 FIBA Intercontinental Cup.

North Courts: What is the Basketball Champions League Americas?

Vivek Jacob and Jevohn Shepherd give an overview of the BCLA and the Edmonton Stingers – Canada’s lone representative in the tournament. 7:14

The Stingers took control early on Sunday, entering the third quarter with a 46-31 lead after Campbell nailed a three-pointer to close out the half. Edmonton was up 54-34 with seven minutes left in the third, but Real Estelí went on a run led by centre Ismael Romero and guard Rigoberto Mendoza.

Romero finished the game with 20 points and a team-high nine rebounds, while Mendoza added 19 points and led all players with four three-pointers on the night.

Mendoza gave Real Estelí the lead early in the fourth, but the Stingers pulled back ahead momentarily at 65-60. It was all Real Estelí from there, as they took a 68-65 lead with just over five minutes left — prompting the Stingers to take time out.

A dunk from former New York Knick Renaldo Balkman gave Real Estelí a 73-65 lead as the game began to slip away.

Stingers guard Jahmal Jones cut into the lead with a pair of free throws, but Jezreel De Jesus replied for Real Estelí by hitting a long two-pointer to beat the shot clock.

The dynamic point guard followed it up with a wide open mid-range jumper to extend the lead to 77-67 with just over three minutes left. He finished with a team-high 21 points.

Real Estelí continued to roll with unstoppable momentum, as Romero added a dunk to help close out the win.