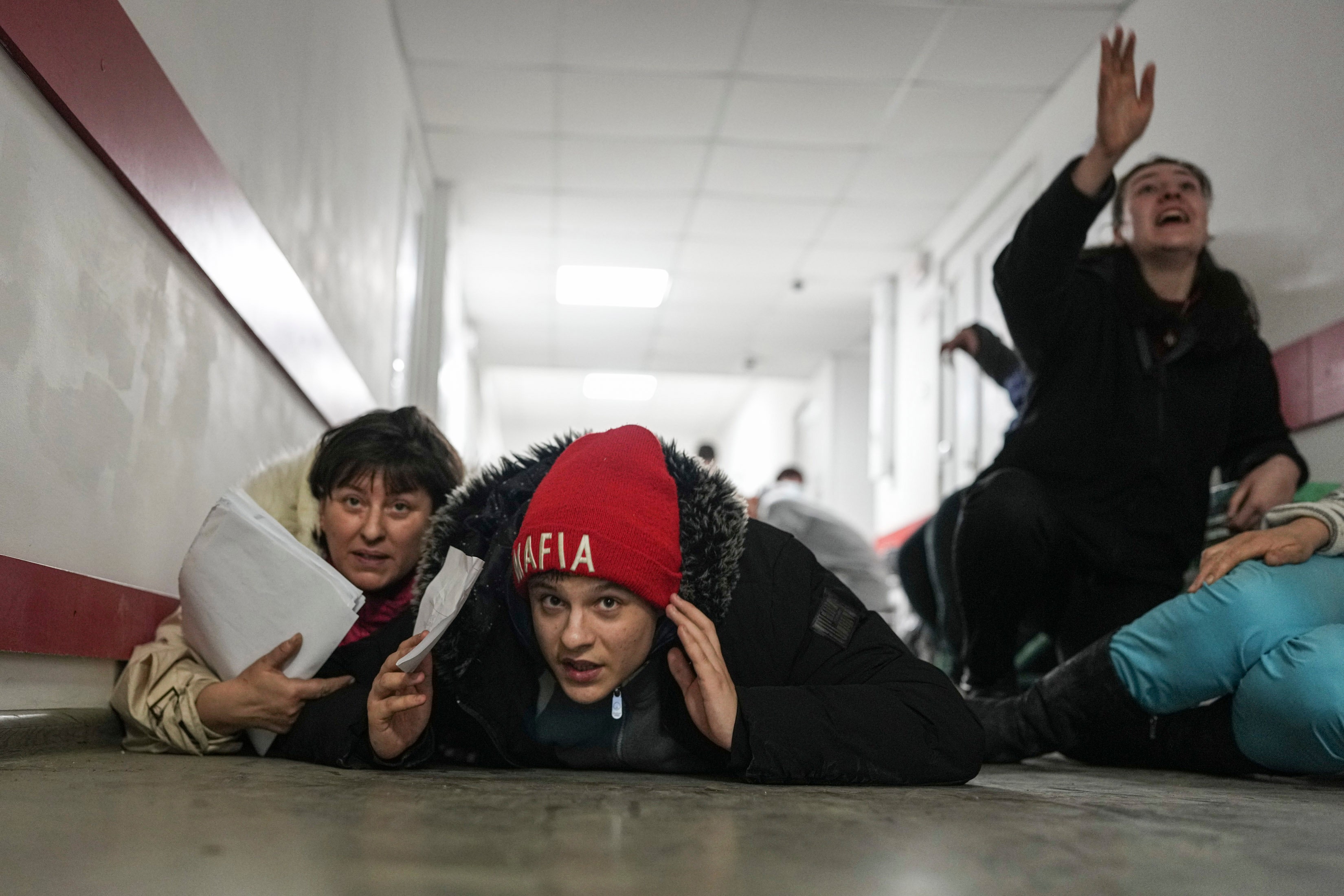 People lie on the floor of a hospital during shelling by Russian forces in Mariupol, Ukraine, Friday, March 4, 2022.
(AP Photo/Evgeniy Maloletka)

A promised cease-fire in the port city of Mariupol collapsed Saturday amid scenes of terror in the besieged town, where a stream of residents with pets and children crossed the Irpin River on an improvised path under a bridge destroyed by a Russian airstrike.

In comments carried on Ukrainian television, Mariupol Mayor Vadym Boychenko said thousands of residents had gathered for safe passage out of the city when shelling began that morning.

Ten days into Russia’s invasion of Ukraine, 1.45 million people have fled the battered country, according to the U.N.-affiliated Organization for Migration in Geneva.

The death toll of the conflict was difficult to measure but likely had surpassed 1,000.