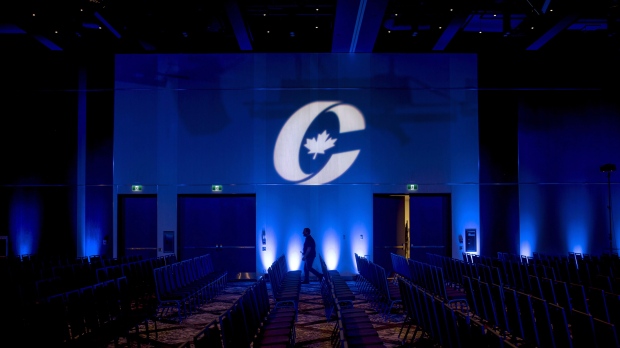 Conservative commentator and political strategist Tasha Kheiriddin won’t be running as the next leader of the Conservative Party of Canada after sparking the idea early last month.

Instead, Kheiriddin will endorse likely contender and former Quebec premier Jean Charest. Charest hasn’t thrown his name in the ring yet, though it’s suspected he will.

To date, long-time Conservative MP Pierre Poilievre is the only formally declared candidate.

On CTV News Channel’s Power Play on Monday Kheiriddin said it became abundantly clear that following discussions with Charest, she and the former leader of the Progressive Conservative Party had the same vision and it made no sense to go head-to-head.

“My goal in running or potentially running was always to rebuild a big tent party for the Conservatives. I was very concerned with developments most recently that the party had sort of strayed from that goal,” she said.

“[Charest and I] are sort of fishing in the same pond and I would rather put my energies behind him so that we can achieve this big tent party.”

Prospective candidates have until April 19 to declare their candidacy. As was the case in the 2020 leadership race, the entry fee stands at $200,000 in addition to a compliance deposit of $100,000.

The deadline for the membership applications is June 3 and the party is slated to elect a new leader on Sept. 10.

Kheiriddin said she’s hoping for a constructive leadership battle that will form a “winnable” party – one that can win the entire country over and she thinks Charest is the person to do it.

“Mr. Charest balanced the budget when he was in Quebec, Mr. Charest has a track record on the environment that is very, very strong. We need policies like that to appeal to places where we’re not winning. You can’t just win with one part of the country,” she said.

Charest met with MPs and senators in a closed-door meeting last week about his leadership outlook.