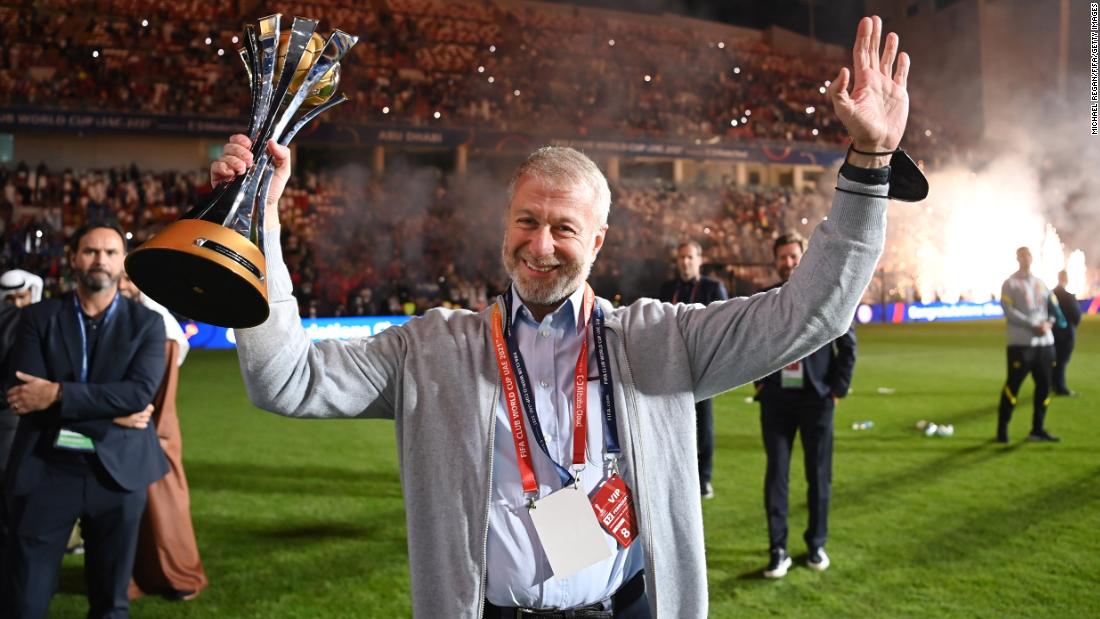 Despite Chelsea owner Roman Abramovich being sanctioned by the UK government for his close ties to Russian President Vladimir Putin following the invasion of Ukraine, the club had called for its FA Cup tie against Middlesbrough to be played behind closed doors for “matters of sporting integrity.”

Abramovich’s sanctioning means Chelsea is unable to sell any more away tickets for Saturday’s match due to the restrictions on the club.

“Chelsea FC recognizes that such an outcome would have a huge impact on Middlesbrough and its supporters, as well as our own fans who have already bought the limited number of tickets that were sold before the licence was imposed, but we believe this is the fairest way of proceeding in the current circumstances,” said a club statement Tuesday.

The UK government added Abramovich, who is selling Chelsea and has been disqualified as the club’s director, to its list of sanctioned individuals as part of its efforts to “isolate” Putin following Russia’s invasion of Ukraine.

Despite sanctions against the Russian oligarch and the club, Chelsea was given a special license to continue playing fixtures, but certain actions are not permitted, such as selling tickets for games beyond those already sold to fans.

Existing season ticket holders are allowed to attend home matches, as well as fans who purchased tickets prior to the UK government’s ruling on March 10.

Describing Chelsea’s request “ironic in the extreme,” Middlesbrough said the club would strongly resist calls to play the match in an empty stadium. Middlesbrough play in the second tier of English football, but have already knocked out Manchester United and Tottenham Hotspur in the FA Cup this season.

“All concerned are well aware of the reasons Chelsea have been sanctioned and that this has nothing to do with Middlesbrough Football Club (MFC),” said a club statement on Tuesday.

“To suggest as result that MFC and our fans should be penalised is not only grossly unfair but without any foundation.”

Chelsea’s request to play the match without spectators didn’t go down well on social media.

“Congrats to whoever’s running the show at Chelsea – new world record for lack of self-awareness,” prominent football writer Oliver Holt said on Twitter.
Associated Press’ Global Sports Correspondent Rob Harris suggested a “logical thing would seem to be for Chelsea to be allowed to sell tickets but for all proceeds [to] go directly to an unaffiliated charity,” he tweeted.

Later on Tuesday, the English Football Association said Chelsea had agreed to remove its request for the game to be played closed doors.

“The FA remains in ongoing discussions with Chelsea, the Premier League and the Government to find a solution that would enable both Chelsea fans to attend games and away fans to attend Stamford Bridge, whilst ensuring sanctions are respected,” said a FA spokesperson.

The Premier League club is owned by Chelsea FC PLC, whose ultimate parent company is Fordstam Limited. According to the Chelsea website, the ultimate controlling party of Fordstam is Abramovich.