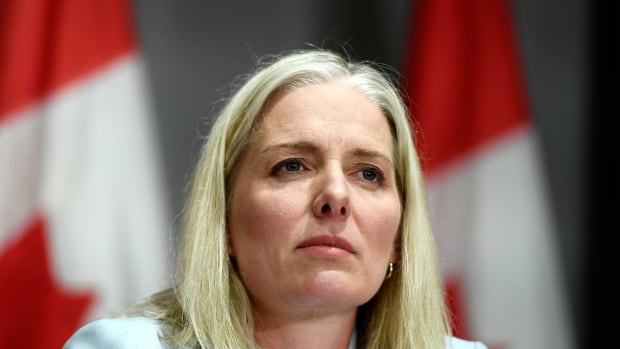 The head of the United Nations announced the appointment Thursday of an expert panel led by Catherine McKenna, Canada’s former environment minister, that will scrutinize whether companies’ efforts to curb climate change are credible or mere “greenwashing.”

McKenna, who was minister of environment and climate change from 2015 to 2019, will chair the panel.

Recent years have seen an explosion of pledges by businesses — including oil companies — to reduce their greenhouse gas emissions to “net zero” amid consumer expectations that corporations bear part of the burden of cutting pollution. But environmental campaigners say many such plans are at best unclear, at worst designed to make companies look good when actually they are fuelling global warming.

This is particularly true for the G20 major emerging and industrialized economies that account for 80 per cent of greenhouse gas emissions, he said.

“But we also urgently need every business, investor, city, state and region to walk the talk on their net-zero promises,” he said.

Recommendations expected before end of year

The 16-member panel will make recommendations before the end of the year on the standards and definitions for setting net-zero targets, how to measure and verify progress, and ways to translate that into international and national regulations.

In addition to examining net-zero pledges by the private sector, the panel will also scrutinize commitments made by local and regional governments that don’t report directly to the UN.

McKenna, 50, represented the Liberal Party in the riding of Ottawa Centre. After a 2019 cabinet shuffle, she served as minister of infrastructure and communities, before deciding to bow out of federal politics ahead of last year’s election.

“Like many Canadians in the pandemic, which was really long and hard, I thought about what was really important to me, and it’s my kids and it’s climate change,” she told CBC News last year in explaining that decision.

The Liberal government has been criticized for not acting substantially enough on the climate crisis. Former environment and current Infrastructure Minister Catherine McKenna defends her party’s actions on the issue, and explains why she believes Canada is on track to meet its emission targets. 24:43

She’s frequently spoken about how bold climate commitments from businesses with deadlines years into the future need to be matched with detailed plans and specific targets along the way.

“We need to drive trillions of dollars from the private sector to help build the infrastructure we need, low-carbon infrastructure,” she said in the same interview.

McKenna has worked with the UN before, serving as negotiator on a mission in East Timor prior to entering electoral politics.

New IPCC report out next week

A recent report by the UN Intergovernmental Panel on Climate Change found that more than three billion people worldwide are already at risk from global warming.

The panel will publish another report early next week that is expected to confirm that the world is not on track to meet the goal of capping temperature rise at 1.5 degrees C by the end of the century, which was laid down in the 2015 Paris climate accord.

“If we don’t see significant and sustained emissions reductions this decade, the window of opportunity to keep 1.5 alive will be closed — forever,” said Guterres. “And that will be disaster for everyone.”