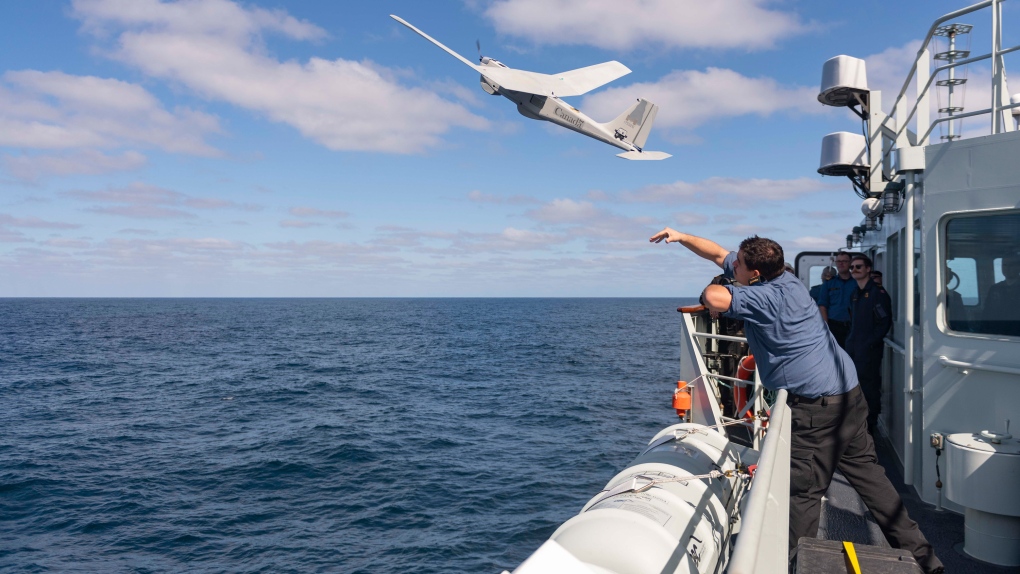 
A Canadian warship has intercepted and destroyed approximately 800 kilograms of cocaine found aboard a boat in the eastern Pacific Ocean.


The seizure happened on March 6, less than two weeks after HMCS Yellowknife and its 40 crewmembers departed Canadian Forces Base Esquimalt, B.C., alongside HMCS Saskatoon.


The pair of coastal defence vessels are on a three-month deployment with Operation Caribbe, part of an American-led counter-narcotics mission off Central America and the Caribbean.


The Canadian Armed Forces says the drugs were discovered when a speedboat was approached and stopped by the crew of the Yellowknife and United States Coast Guard Cutter Kimball.


U.S. officials detained the crew of the small craft while a search of the vessel began.


“Through the use of destructive investigation procedures on the boat (drilling holes in the structure), 800 kilograms of cocaine was found,” said National Defence spokesperson Andrée-Anne Poulin in an email.


U.S. authorities removed 150 kilograms of the contraband from the boat “before it became too unstable to remain afloat,” Poulin said.


The vessel was scuttled along with its remaining cargo of 650 kilograms of cocaine.


“This was done to ensure the remaining contraband would not land on the streets of Canada or the U.S., and to ensure the vessel did not pose a hazard to navigation,” the National Defence spokesperson said.


The U.S. Coast Guard declined to confirm the number of crew detained or their nationalities until the U.S. Attorney’s Office had reviewed the case, a spokesperson said.


HMCS Yellowknife is currently under the command of Lt.-Cmdr. James Brun, a 17-year veteran of the Royal Canadian Navy, now on his fourth deployment with Operation Caribbe.


Brun said in a statement posted to his Twitter account after the seizure that he was “proud to have witnessed the professionalism and cohesion of our ship’s company” working alongside the U.S. Coast Guard.


National Defence estimates the Canadian Forces have either seized or disrupted the trafficking of more than 112 tonnes of cocaine since the start of Operation Caribbe in 2006.