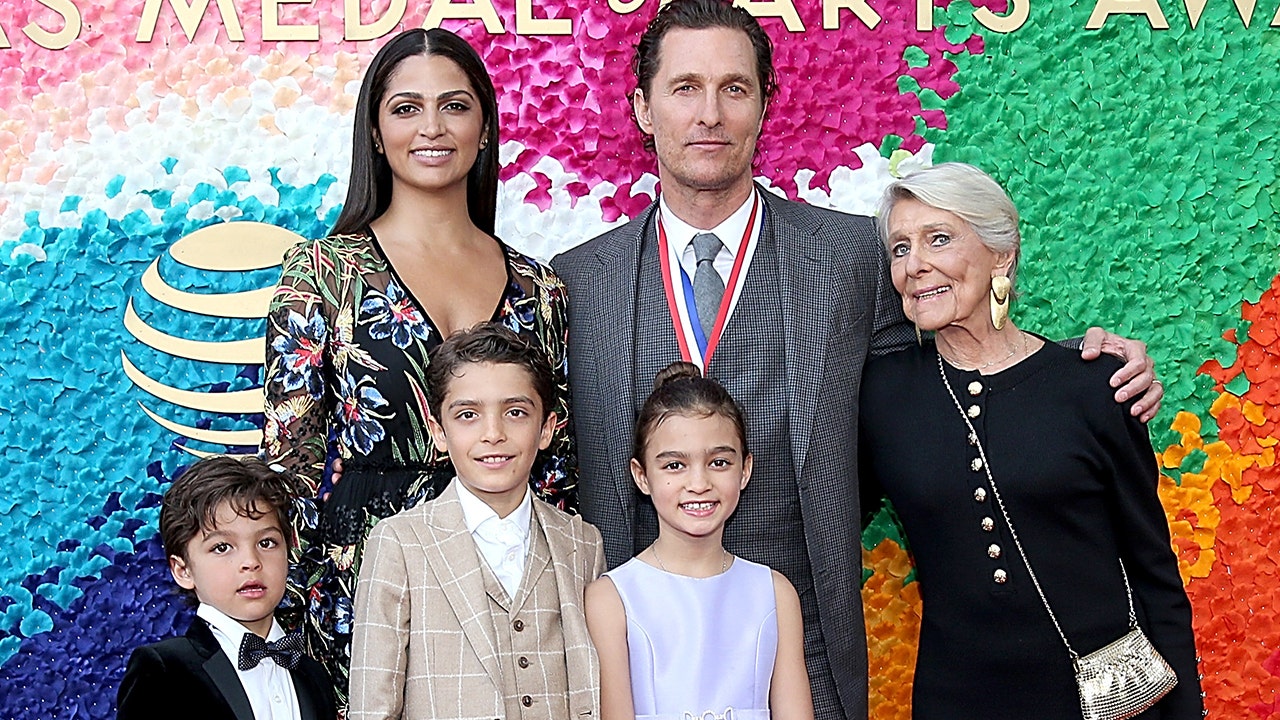 Camila Alves McConaughey has been raising her family in the Lone Star state — and she wouldn’t have it any other way.

The founder of Women of Today and her husband Matthew McConaughey call Austin, Texas home with their three children: Levi, 13, Vida, 12, and Livingston, 9. The actor, 52, was born in Uvalde, Texas.

The children’s book author told Fox News Digital that she and her family don’t mind living outside of Hollywood — they prefer it.

“It’s been great,” the 40-year-old shared. “It really embodies our belief system, especially the ones I grew up with, like going to church every Sunday, saying ‘yes ma’am’ or ‘no, sir.’ I grew up saying those things coming from a family of farmers. For me, being from Brazil and then coming to Texas, I discovered a lot of similarities in terms of what families practice here, especially going to church on Sundays, and being very into the outdoors. It’s been a great transition.”

“We lived in Malibu for many years and having the paparazzi outside our door every day – every single day – when that becomes your normal, you don’t realize how much that’s actually affecting the things you do until you actually leave and get out of it,” she continued. “The kids get to have a private way of growing up. So from that perspective, it was very important.”

Her mother-in-law, Kay, recently moved in during the coronavirus pandemic.

“I think once you become a grandparent, you become more forgiving in situations,” said Alves McConaughey about the 90-year-old matriarch. “Sometimes I’ll be disciplining the kids or having a more stern conversation with them, and I can tell she has that face like, she doesn’t feel good about it. Like, ‘Do you need to do that?’ But, she’s been a great influence in not only our kids’ lives but our lives. She brings so much joy to our household.”

And Alves McConaughey insisted that their household is just like any other as they work together to raise the children.

“Matthew is the one the kids will usually go to [if they want to get away with something],” said Alves McConaughey. “But Matthew and I have a pretty good system where we don’t play good cop, bad cop. The kids need to understand that as parents, we are on the same page.”

Most recently, the healthy eating advocate wrote her first children’s book, “Just Try One Bite.” She teamed up with author Adam Mansbach for the comical role reversal in which the parents, who are picky eaters, are confronted by their children.

“Look, I’m not here to tell parents how to feed their kids,” Alves McConaughey explained. “I just want to share the importance of having a connection with food. I’m a big believer that if you start the conversation early on, you are likely setting up your kids with lifelong good habits versus not talking about it all and just going through the motions. Food is a part of our lives. For example, when my kids started doing sports, they saw all the sports drinks on the field and of course, they wanted them too. I would tell them, ‘You can have some, but we’re not going to be carrying gallons of sports drinks.’”

“We made a game of it,” she said. “We would look at the bottle and then at the ingredients list. They would go, ‘Ooh, red no. 3! That sounds so cool.’ And I would go, ‘Do you recognize that from our kitchen? It sounds really cool, but what is it?’ Whoever comes to dinner with the most information of what it is and where it comes from gets a treat. It became a dinnertime conversation where we encouraged curiosity.”

“The other day, we were at the supermarket,” she continued. “I told my daughter, ‘You can get a cupcake if you want.’ She said, ‘No, look at all that food coloring. It looks neon.’ And then we later made some at home together. But she’s already having that light bulb moment of what goes in our plates and how it affects our bodies.”

And Alves McConaughey insisted her children have been teaching her lessons along the way, too.

“I come from a family of farmers – the relationship from seed to table was very clear from the beginning,” she said. “But we never had the conversation about sugar. I grew up eating as much sugar as I wanted. Today, I struggle with that. I look at my husband and in his household, they had the conversation about sugar early on. He can enjoy some dessert and then go, ‘I’m done.’”

Camila Alves McConaughey is the co-founder of the just keep livin foundation, a nonprofit that aims to empower high school students by providing them the tools to lead active, healthy lives.
(Axelle/Bauer-Griffin/FilmMagic)

“It’s not about restriction, it’s about having a healthy relationship with food and learning about where it comes from,” she stressed. “I want [my family] to feel empowered and make better choices for themselves… I had my hidden stash in the pantry. I thought I was all sly about it like nobody knew. And one day, as I’m grabbing something, all three [of my kids], ‘We got you! What are you doing? You tell us not to do this.’ And they were right. So they’ve inspired me to do better with my food choices and have balance.”

When Alves McConaughey isn’t whipping up meals with her three trusty helpers in her Texas kitchen, she carves out date night with her husband.

“Usually our date nights are very chill,” she said. “It’s all about being creative. I think a lot of times, couples with families have so much going on that they think date night has to be this big romantic thing or going on this big trip together. Sometimes it’s as simple as a staycation. Or, ‘I’m sending the kids over to a family member, so we can stay home and have a drink together.’”